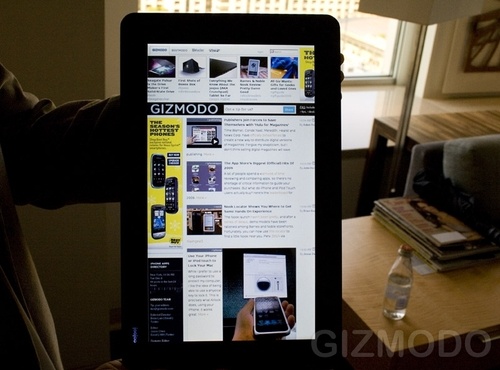 As we’ve found out previously, the Crunchpad tablet is now known as JooJoo and after seeing it in the loving hands of the CNET folks, it’s time for it to be messed with by the Gizmodo guys. This device uses a 1.6 GHz Atom processor, 1GB RAM, but the rest of its specs are kept a secret by the folks of Fusion Garage, for now.

Gizmodo supposes that there’s an Nvidia Ion chipset under the hood, ready to handle 1080p YouTube video on the 12 inch display of the tablet, supporting a 1366 x 768 pixels resolution. JooJoo also packs a headphone jack, a microphone jack, a 1.3 megapixel webcam, a charging port and a USB port. 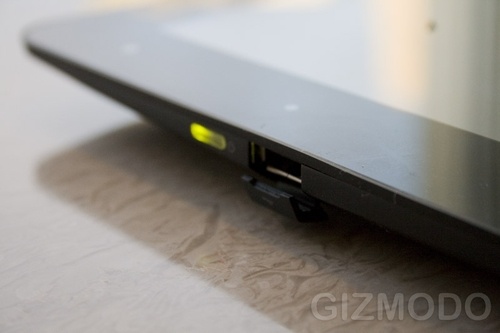 The reviewers tested this gadget’s web browsing experience, discovering an accelerometer that detects between vertical and horizontal orientations and finding the browsing to be pretty neat. JooJoo’s body is solid, the screen is bright and the back of the device is curved and plasticky in a good way.

Hands on action is available below:

JooJoo Hands On Demo from Gizmodo on Vimeo.