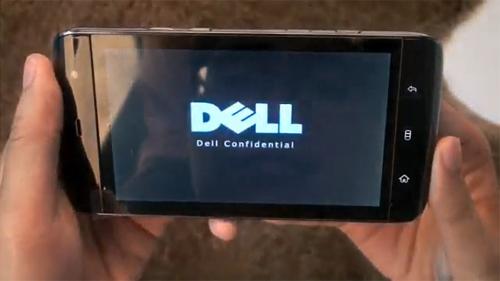 A German forum of Android OS lovers revealed an image and a hands on video of an upcoming Dell Internet tablet looking very, very hot. They also claim that tablets will be the gadgets of 2010, since Apple, Motorola, Microsoft and Dell are all readying such devices.

The Dell piece of equipment below is an Android OS-based Internet Tablet that will make it to the CES 2010 show in Vegas. The device also sports a 5 inch touchscreen display and a 5 megapixel camera. To us, the tablet seems a bit thick, but at least it’s glossy, good-looking and it’s easy to grip, just like a PSP.