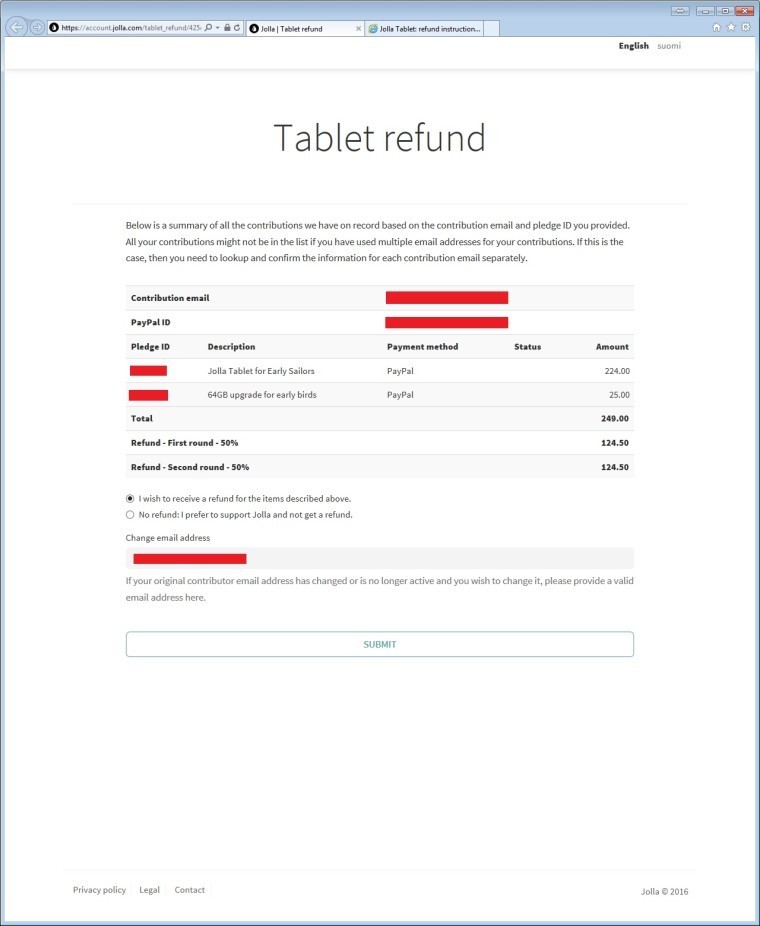 Two months ago we wrote that Finnish startup Jolla was sadly going under and that their Jolla Tablet was no longer a valid project. This also brought on a refund campaign, that has started this week. Details are available below. 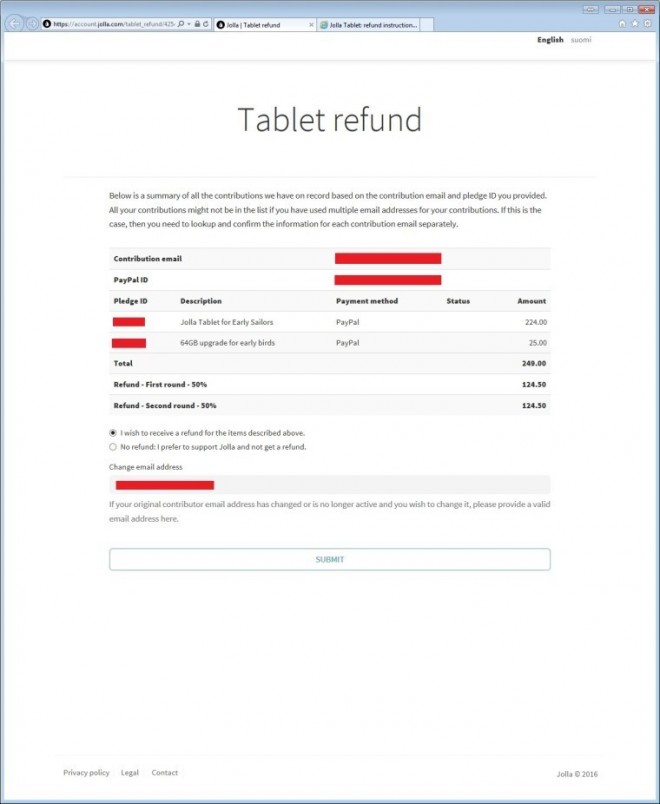 It was in Fall 2014 that Jolla launched its Indiegogo crowdfunding and wanted to raise $380k for its devices. After the project was a success, Jolla went back to crowdfund the device again, for a new version of the slate with 64 GB of storage. Problems started earlier this year when we found out that only some of the Indiegogo backers will get their tablets.

A small batch of devices were also shipped in October, but the firm had problems with its suppliers and funders. Now it’s time for a refund and in order to get that you need to fill in the original Indiegogo backer email, add your original contribution/pledge ID and verify that the info is correct. There’s also the option to decline the refund and donate it for the future of Jolla and Sailfish OS.

Then you have to fill in your current email address, if it’s not the same as the one used when making the pledge. Users will also have to provide a valid PayPal ID, in order to get the cash. Backers need to allow 3 to 4 weeks to pass till they get their money.