It appears that Retina Displays just don’t cut it anymore, so Japan Display is working on 4K 12 inch screens now, being convinced they will be a trend in the near future. Panasonic has already hit the news with a 20 inch 4K tablet, but that’s way too big for comfortable use.

The companies behind Japan Display, which are Sony, Toshiba and Hitachi have announced that they’ve managed to offer 4K resolution (3840 x 2160) on a 12.1 inch TFT module, reaching a density of 365 pixels per inch in the process. The unveiling of the new panel was made at the FPD International 2013 exhibition in Japan this week.

The companies behind it claim that the setup is energy efficient and also pretty thin. The joint venture is also preparing White Magic 1080p smartphone screens, so 2014 could be the year of 4K tablets and phablets and probably 2K handsets. 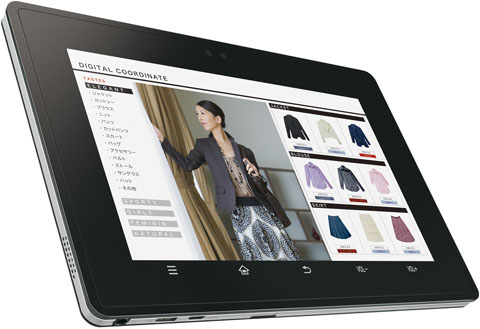