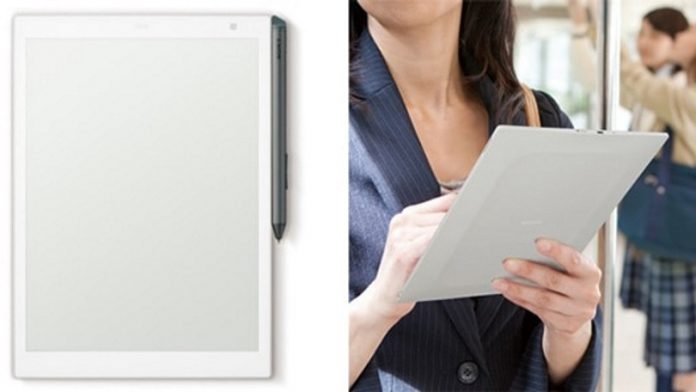 Sony had an interesting device launched last year, the Sony DPT-RP2 Digital Paper tablet, which was a giant E-Ink machine with an impressive battery life. It was an A4 size device and this week it got smaller, as Sony announced the A5 version of it. The newcomer is aptly named DPT-CP1 and it keeps the bulk of the specs, but changes format.

We’re dealing with a 10.3 inch screen here with a resolution of 1404 x 1872 pixels, at 224 dots per inch. It provides 16 levels of grayscale, 16 GB of storage for PDF files and supports sharing with iOS, Android, Windows and Mac via a companion app. The thickness is crazy, at 5.9 mm and the weight is about half a pound, also not bad at all. Sony promises here about a month of usage with a single charge. That’s the real appeal of the device, making it ideal for student or office use. 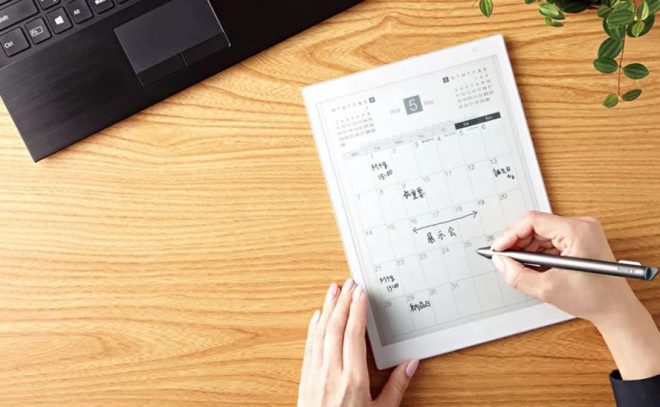 This is sadly just a product meant for the Japanese market, so no luck if you want it in Europe or USA. The price is said to be “about $650”, but it may be bigger in fact. At least it’s $100 cheaper than the bigger unit. Availability starts in early June. The other model measured 13.3 inches in diagonal and had a price of around $700 or $750. The big model shipped with a stylus, but that was reported to be laggy by its testers.

Hopefully Sony fixed the bugs and before you get excited, I should mention that the pen doesn’t come with support for pressure sensitivity.