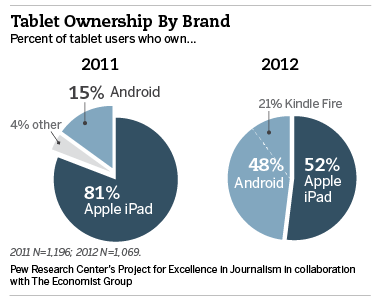 Apple’s clear domination of the tablet segment is not that clear anymore, since Android has found a way to increase its share. A new study involving data collected by Pew Internet & American Life Project, Android tablets now make out 48% of all tablets out there, with around 21% being due to Kindle Fire sales.

Meanwhile, the Apple iPad slipped from the 81% percentage of 2011 to a still respectable 52% this year, after the iPad 3 debut and its success. Amazon Kindle Fire may be excluded from these figures, since it’s not actually a 100% Android tablet, running a custom version of the OS, but the study did take the device into account. You should also know that this study doesn’t include the Nexus 7 or the new Kindle Fire HD lineup, so the percentage of Android tablets may be even bigger.

Such figures and proportions may be the exact reason why Apple is rumored to be hurrying to launch the iPad mini this year, or better said in the following weeks. With a new, cheaper and smaller tablet they will gain one more market segment: 7+ inch slates and possibly add another 10% or 20% to their 52% mentioned above. 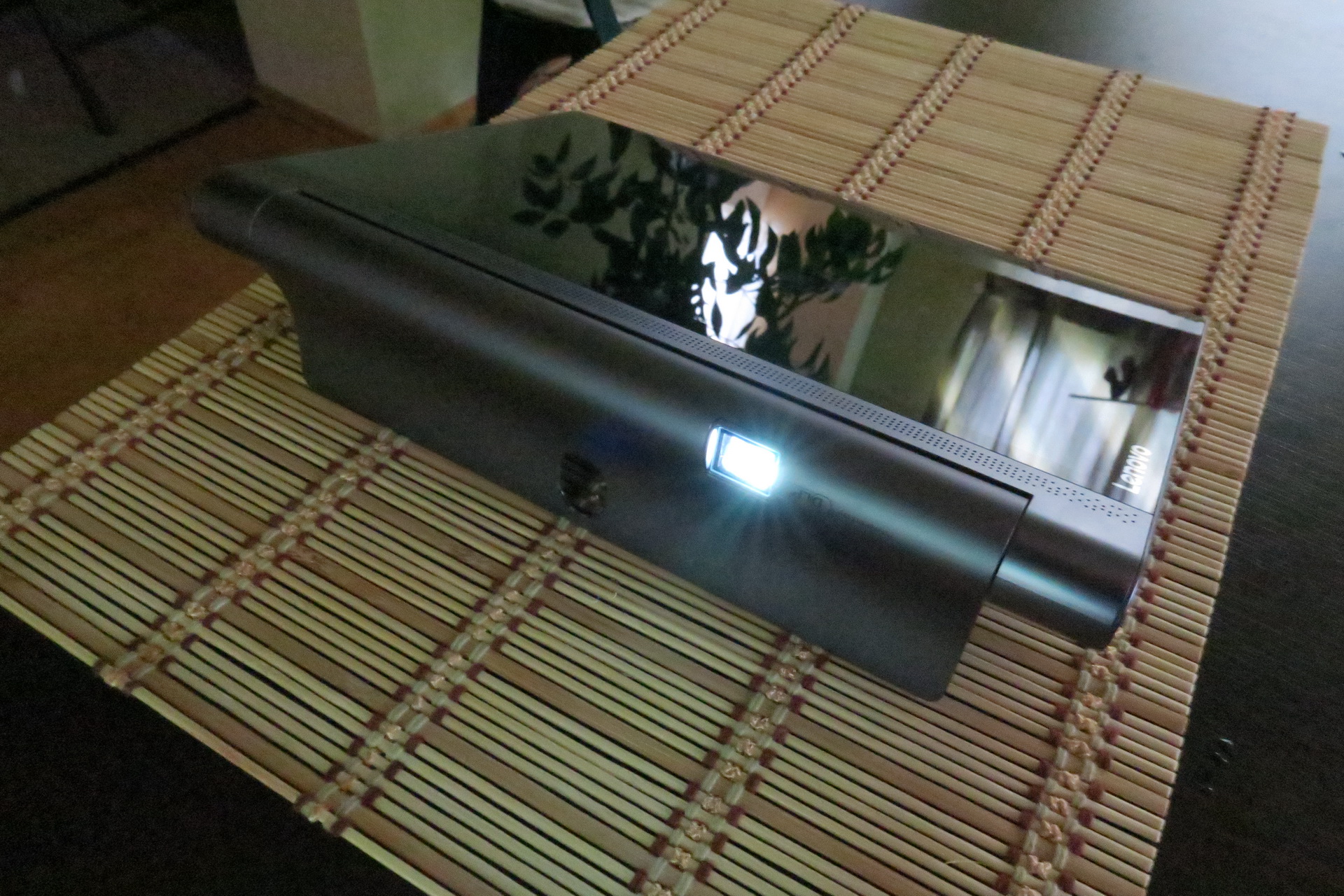