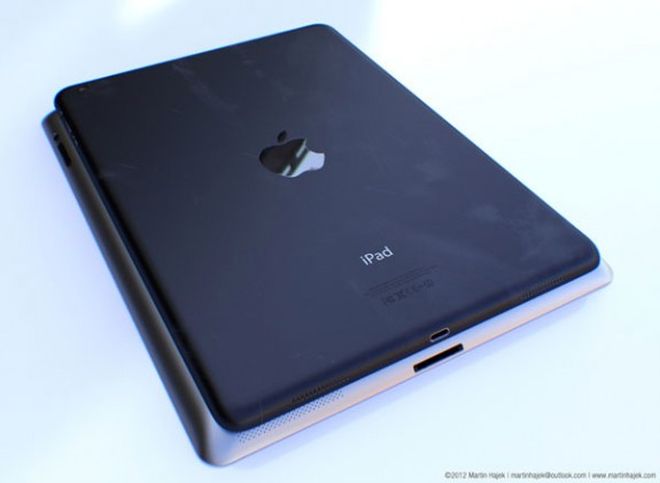 Apple is expected to have a busy time this year with the announcement of new devices. We expect a new iPhone as well as a new iPad and maybe an iPad Mini successor with more powerful hardware and a Retina display at an affordable price. 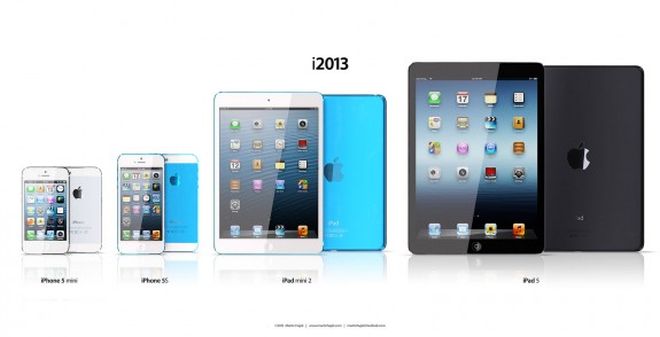 According to the recent rumors and reports Apple is going to release a bigger screen iPhone in a new design next year in 2014. For this year the manufacturer will stick to improving the current iPhone 5 adding a variant that we expect to be called iPhone 5S or iPhone 5GS. The new smartphone may be announced in March with the new iPad coming towards the end of the yer.

About the upcoming tablet rumors state that it may boast a familiar design. The iPad 5 will feature a design similar to the iPad Mini while having a better screen and a very powerful hardware configuration. We expect a device having an even better screen resolution then the one before it while keeping the same large 9.7-inch display. Martin Hajek is one to have an accurate representation of the next gen iPad that is going to look like a “stretched iPad mini” – keeping the device’s advantages in size and weight but greatly improving upon the features and hardware configuration.

The all new iPad 5 is expected to arrive somewhere in October. Apple will hoast one of their separate events, as was the case with the iPad Mini, to announce the new tablet. Other devices, like a new iPod, are also expected to be announced this year.