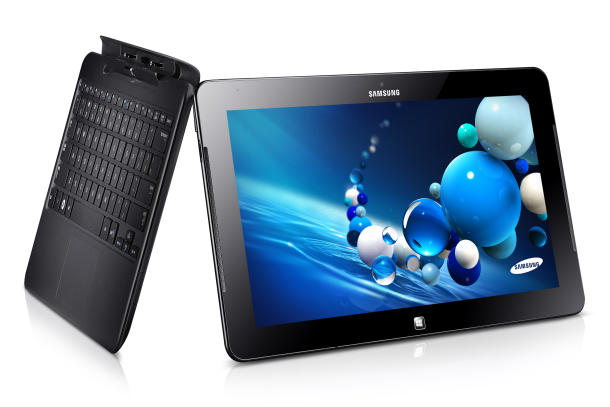 What you see in the image below is the Samsung Ativ PC, that could sell for as little as $200 once it’s available with an Intel CPU and Android on board. Dadi Perlmutter, Intel Chief Product Officer recently spoke to CNET ad said that Intel Core devices may drop prices soon.

Notebooks are expected to reach $200 and we’re talking about Android models, not Windows 8 units here. It’s interesting to hear that about Android as well, after yet another Intel official said last week that we should expect $200 Intel-based Windows 8 tablets in the future. The Intel Atom CPU will power such cheap devices and Android has the advantage of being available out in the open, while Windows 8 PCs require the Microsoft blessing… and tariff.

Intel is ready to deal with cost effective devices and it all depends on the choice of OS. While the entire PC market seems to be slowing down, convertibles/detachables are expected to gain more traction over the following months. Such convertibles are usually defined by high prices, but maybe Intel Atom/Android models will dismiss that cliche. Qualcomm has a big foothold in the Android universe, so it’s hard to see Intel gaining any ground there, although they have some solid new models, like the Lenovo K900 phablet.