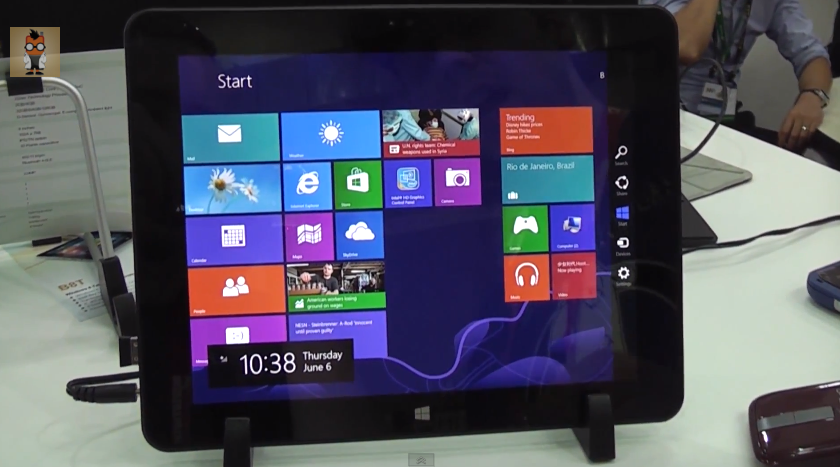 There were some things we missed last week at Computex 2013, including the Bay Trail tablet shown below in action, with Windows 8 and a Retina Display. The screen is 9.7 inches in diagonal and this device is expected to hit the market this fall. 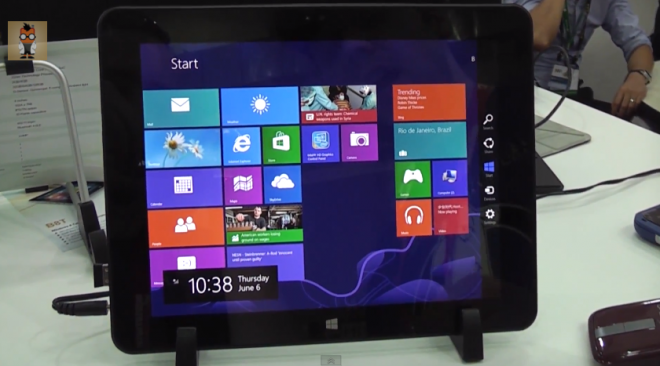 In this case we’re dealing with a sample, that looks very hot and reminds me of that Android 4.2.2 Bay Trail slate I’ve seen demoed at Computex as well. By the way, that was a dual boot slate and it also Windows 8, in case you’re wondering. It’s nice to see Windows 8 slates stepping up from Full HD and similar resolutions of tablets that ran this platform.

Intel claimed that Bay Trail will offer twice the processor performance of Clover Trail and three times the GPU power of the same generation of chipset. Also, they promise weeks of standby time and with this tablet being beautiful and nicely specced, the price is the only deciding factor left to take into account.