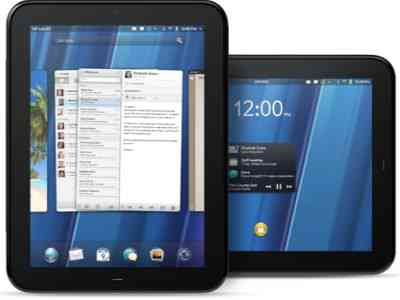 A week ago we saw the first reviews of the HP TouchPad webOS 3.0 slate, most of them criticizing the product. Then came HP’s Jon Rubinstein defending the slate and now it’s the turn of HP to pull a confusing movement… Apparently, they admit the flaws of the TouchPad, at least internally, in a memo sent to employees.

This first webOS tablet is the first fruit of the Palm – HP cooperation and of course there are some issues to work out. Former head of Palm and now part of HP, Jon Rubinstein sent the memo to his staff saying that he noted the things that need to be improved in the webOS experience. The document was leaked by Pre Central and also underlines the positive feat noticed by the New York Times – the fact that the product shows “signs of greatness”.

Among the most criticized aspects regarding this tablet is the clunky interface, plus lack of apps. Although the TouchPad was just launched, rumors about a future version have already appeared and we’ve heard about a connectivity upgrade, CPU bump and 64GB of storage on a unit launching next month. Sounds good!