HP has decided to shift its tablet strategy, by giving up on lower end tablets and focusing on 2 in 1 devices, it seems. This makes us wonder what kind of support the current lower end models from the company will receive.

It’s important to remember that some of HP’s slates were actually made by Huawei, at least a few models last year. This is the first major decision taken after the split of HP into HP Inc and Hewlett-Packard Enterprise. There’s a huge number of affordable Android slates on the market, so I can’t say we’ll miss HP’s offering in the segment.

Acer, Dell and HP took advantage of the free Windows on smaller tablets, but so did the smaller Chinese brands, saturating the market with similar products. However, in the end HP didn’t make enough money from such products, compared to those intended for professionals. With 2 in 1 models with Windows 10 poised to grow over the next years, that’s the smart thing to do now. 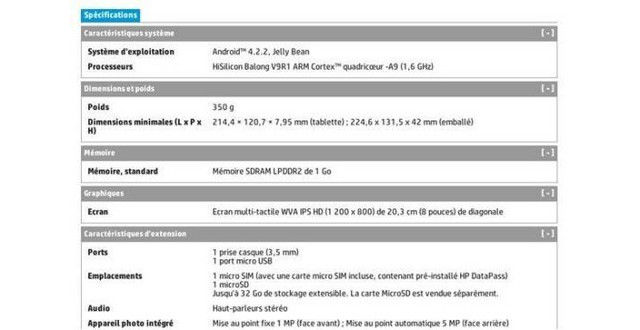 HP Slate 8 Plus Tablet Specs Leaked, Only in Rumor Phase...