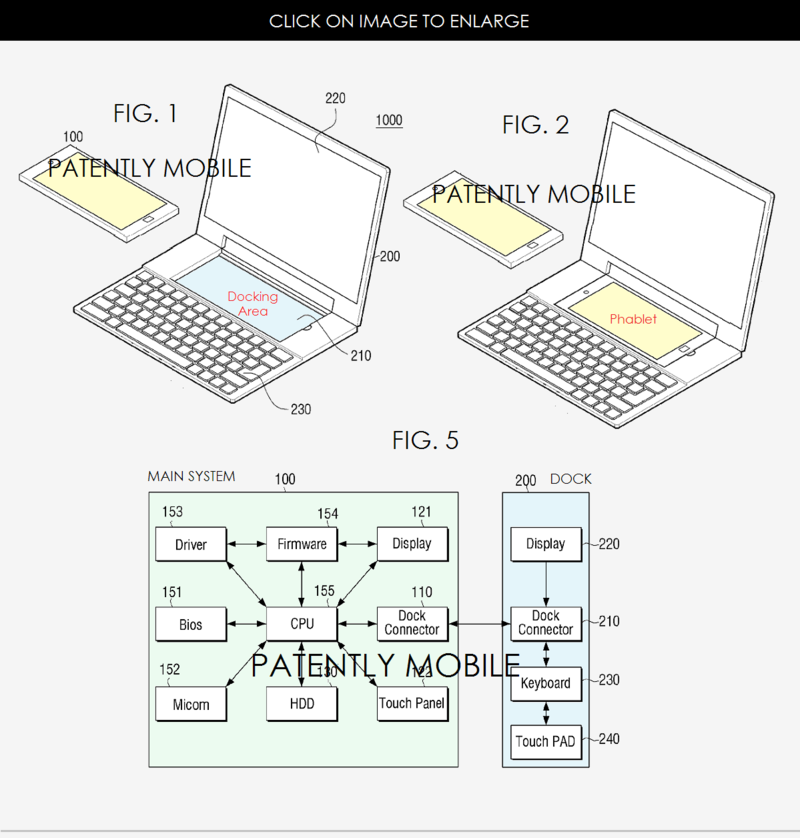 The US Patent and Trademark Office has unveiled a new Samsung patent application, that may hint at a potential new approach for Galaxy Note models. We see a phablet inserted within a slot on a notebook and we have more to go on here.

The patent suggests a new type of approach, a dual OS hybrid device, that should be able to switch between Windows 10 and Android with ease. A Samsung Galaxy Note model would be able to run Android naturally in smartphone mode and when the Note gets docked inside the notebook, it would switch to Windows 10. This could mean a big deal for Samsung, that wants to catch up to Apple in the enterprise space. 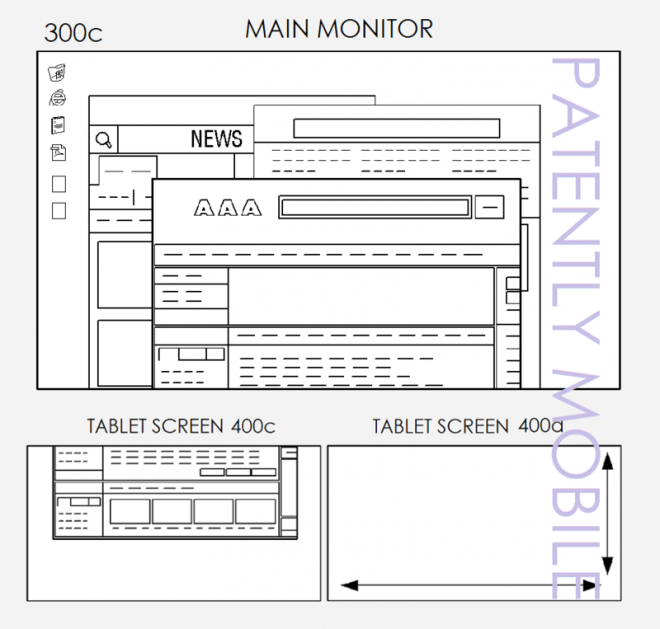 Microsoft has already gotten cozy with Samsung, including their Office apps on their devices, so the dual OS thing makes sense. Xiaomi is already doing it and they’re one of Samsung’s major rivals. Samsung is also working with Microsoft on apps and various productivity platforms, plus BlackBerry, working on Knox for Samsung.

As if the iPad wasn’t strong enough, there’s the iPad Pro to make Samsung worry. And they’re not the only ones! Microsoft and Google both launched the Surface Book and Pixel C respectively, but Samsung stood on the sidelines and watched. They may go the PadFone way, according to the USPTO documents and with dual OS in the mix and a strong S Pen, things may become successful. 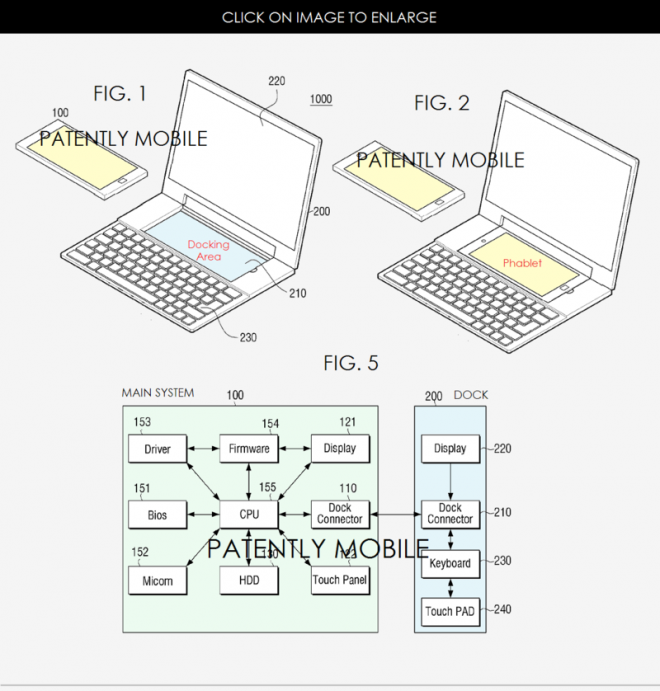