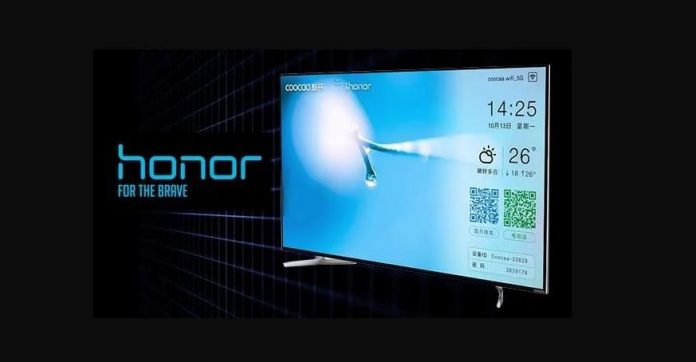 While everybody is hyped about the Samsung event on August 7th, some may find a reason to get hyped for the Huawei event that takes place days later. Between August 9th and the 11th, Huawei is going to hold the 2019 Developer Conference in Songshan Lake, Dongguan. They’re rumored to be unveiling HongMeng OS/Ark OS there, but also to be preparing a showcasing of the Honor Smart Screen.

There’s a teaser online for it promising a “legendary super terminal”, that may replace a phone, computer and most smart devices. The “future of Internet of Things” is also mentioned. The Honor Smart Screen was actually shown on July 15th, so that’s not exactly a surprise. We expect a release in early August and a presentation at the Huawei Developer Conference. 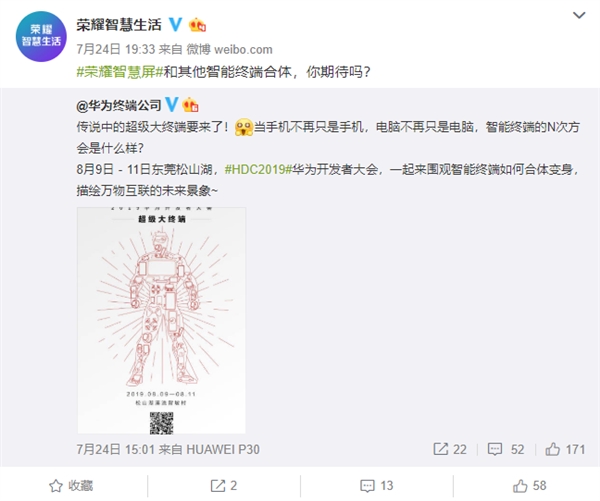 One could see this device as a TV, but Huawei insists it’s not. It’s described as “the future of TV”. It’s also a smart hub for the smart home, letting you control all audio and video devices, security cameras, smart locks, smart bulbs, thermostat and more. We should also have a camera on board and probably specs on par with a modern TV set or a Smart Display from LG, Lenovo and the likes.

I wouldn’t be surprised to see a Chinese virtual assistant on it. By the way, Honor president, Zhao Ming was the source confirming all of these pieces of info. Expect an affordable price tag.