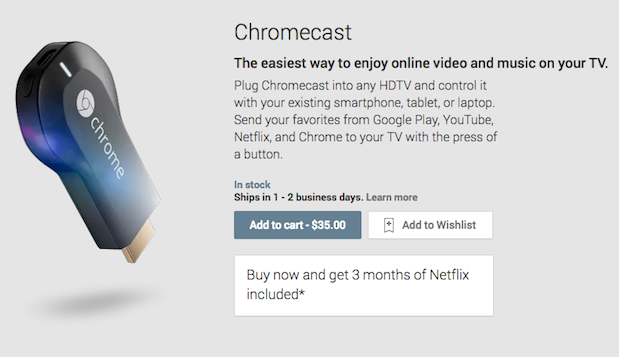 Today’s Google event marked the debut of the long awaited and already leaked Nexus 7 II tablet, but Google also showed some other interesting products, such as a dongle that will bring Netflix to your TV on the cheap. Obviously the search engine giant also debuted Android 4.3. 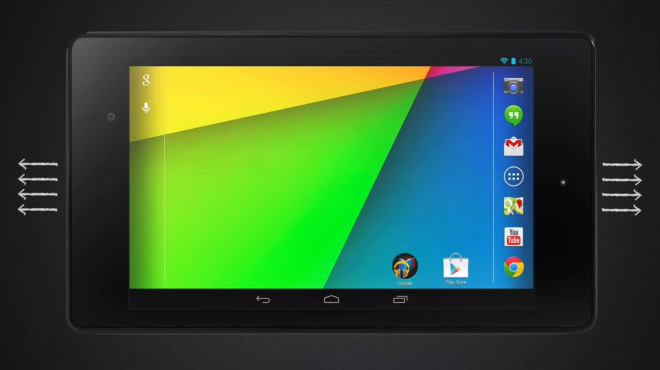 It’s 1.8 mm thinner and ASUS shaved 2.8 mm off the bezels, in the process making the unit lgihter by 50 grams. At the back we’ve got a soft touch texture, a 5 megapixel camera, while upfront we find a 1.2 MP shooter and a notification LED light. There’s dual speakers, with a set at the top and one at the bottom, where you can also find the microUSB port, with SlimPort support, that brings HD video out availability. You should know that audio gets Fraunhofer tech contribution. 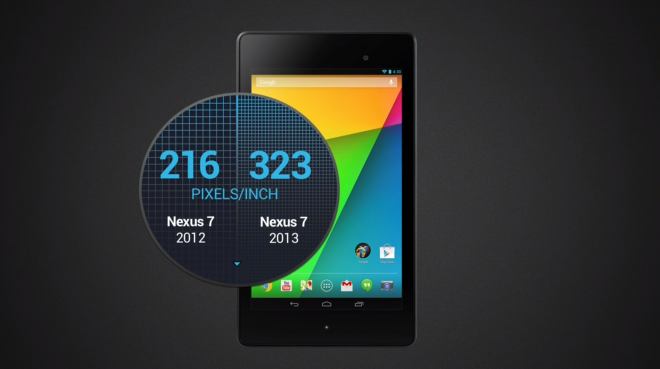 The new slate supports dual band WiFi a/b/g/n, Bluetooth 4.0 with a low energy mode courtesy of Android 4.3 and wireless charging. There will also be a 4G LTE version of the Nexus 7 II and the device in the basic form will be available from July 30 via Play Store and retailers. Android 4.3 comes with improved multi user support with new restricted profiles, that can limit the content and apps used. 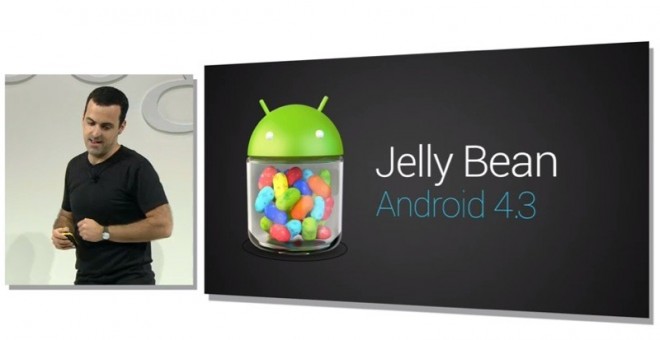 There’s also Hangouts replacing Talk and Keep is available preinstalled. Chrome, Drive and Maps have been updated and the notifications system now includes a history. Third party apps can access your notifications and Android 4.3 brings OpenGL ES 3.0, so cooler 3D graphics are expected in games and also improved speed.

WiFi can be kept on all the time for extra precise positioning. Android 4.3 is available from the Galaxy Nexus up and should roll out in the following days and hours. As far as Chromecast goes, this is a $35 HDMI dongle that will mirror content from nearby to your TV. This means that content on your smartphone, tablet or computer will reach your TV and Netflix is even supported here.

Chromecast is a 2 inch device that runs a basic version of Chrome OS and needs separate USB power. Google has offered the SDK needed for the device to the devs, who can tweak their apps to be compatible with the device. Soon many apps will have their way of being streamed to a TV set. So, what do you make of today’s launch? Are you buying into the Chromecast thing? Like the Nexus 7 II?