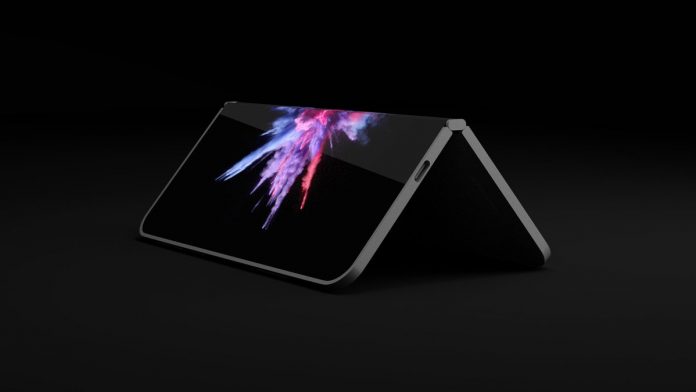 We’ve just come across a fresh set of renders of the foldable Surface Phone, that turns into a tablet. It’s the same model with the one from the latest patent leaks, but this time turned into a really convincing 3D render or better said renders. These creations belong to designer David Breyer, who based them on patent filings of course.

This is supposed to be the upcoming Microsoft Andromeda device and Andromeda is a mystery platform, that has popped up every once in a while over the past years. Rendered in Burgundy and Cobalt Blue, this device feels quite a bit like a Nintendo DS, with two displays united by a hinge, that’s very discrete and almost invisible. I can’t say I’m a big fan of the format, that feels a bit outdated nowadays. 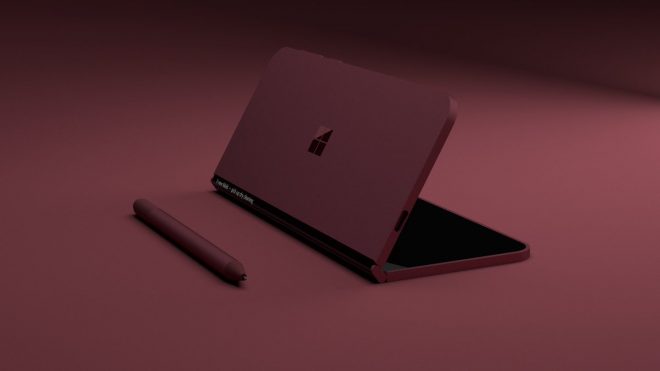 Aside from the two displays, which united form a sort of tablet we also see a fat Surface Pen, an USB Type-C port and a special notifications window, that may work like the curved edge of a Galaxy S Edge device. The device may open like a book and double the screen estate. Once again these are just renders from a designer, basically a concept phone, so they must be taken as such. 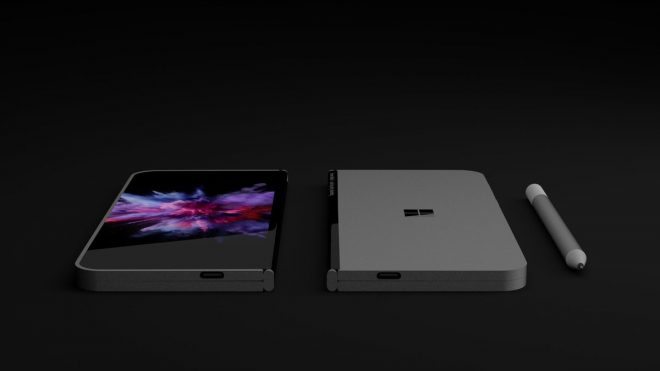 The result feels dated, feels like the Nintendo DS and also a bit thick. The hinge and other associated mechanisms feel fragile and the whole VAIO mini laptop thing died a long time ago. Microsoft had a few failures over the years, but they’ve been cautious lately. If they’ve got any sense they won’t come up with something like this.