Although this kind of smells like Microsoft promotion, it appears that posing as Apple Store employees while endorsing other companies’ products was a legitimate prank, as shown below. A group of YouTube pranksters known as the NelkFilmz have disguised themselves as Apple employees and pulled the prank shown below. 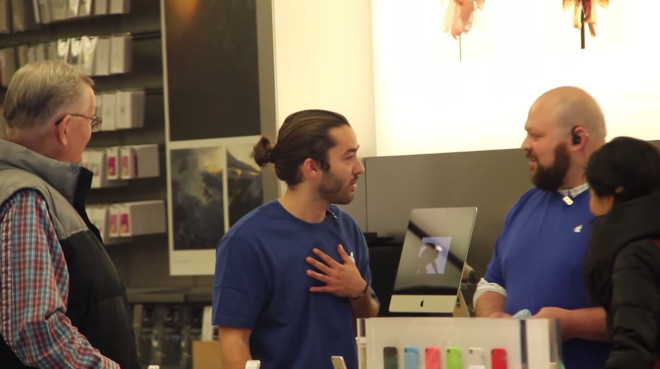 They diss the iPhone 6 Plus, the MacBook Air and even get caught at some point, for wearing a different shade of blue than the other employees. When spotted, they resort to fake quitting, while making a bit fuss about it and turning heads around. It’s interesting to note that customers aren’t very surprised by the criticism brought to Apple products and some of them are even one step away from actually going to a Microsoft store.

The words “man to man” are said a few times to convince customers there’s no BS in the middle here and it’s all straight talk. Also, every time one of these guys quits he calls everyone out to go to the Microsoft store. So once again, are these guys endorsed by MS or just being innocently funny?