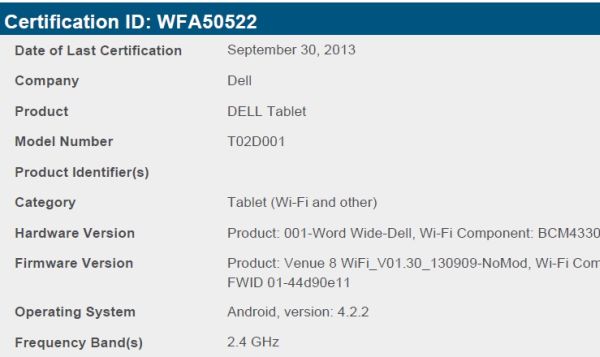 Interestingly enough, just days after I said that I expect Dell to launch a bunch of Android slates just like HP, that’s exactly what they’re doing. It appears that the company is preparing a Dell Venue slate with Android 4.2 on board.

This will be an 8 inch slate and I find it strange it’s part of the Venue series, that also included some Windows models. The product got a fresh WiFi certification on September 30th and sadly we don’t know much about this newcomer. It is running Android 4.2.2 and the diagonal is not very clear, since we only know of the figure “8”, so it could be an 8 incher, 8.1 or 8.5 incher.

Speculations say that the device will be powered by an Intel Bay Trail processor, a 1.33 GHz Atom Z3740 for example or maybe the 1.5 GHz Z3770. Dell has another Venue slate planned, one with the Windows 8.1 platform on board. We’ll see how the Venue branding is handled once one of the devices is out. 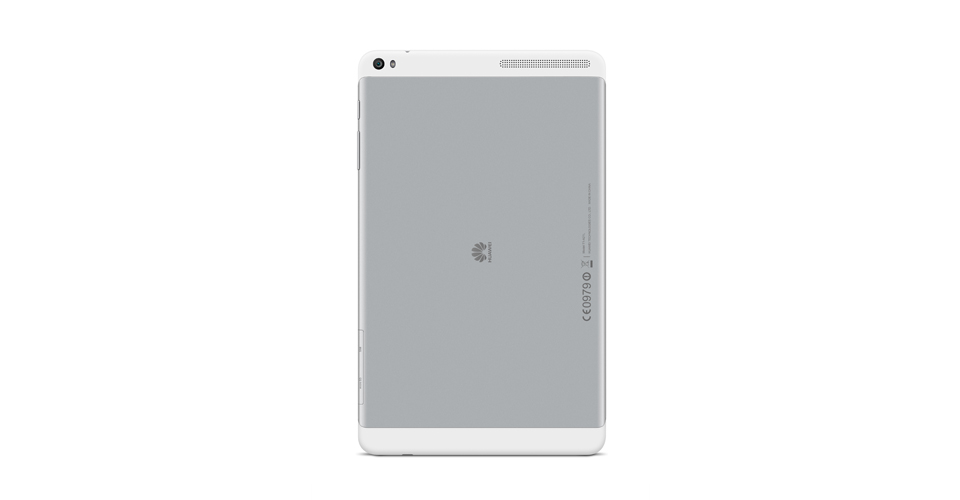