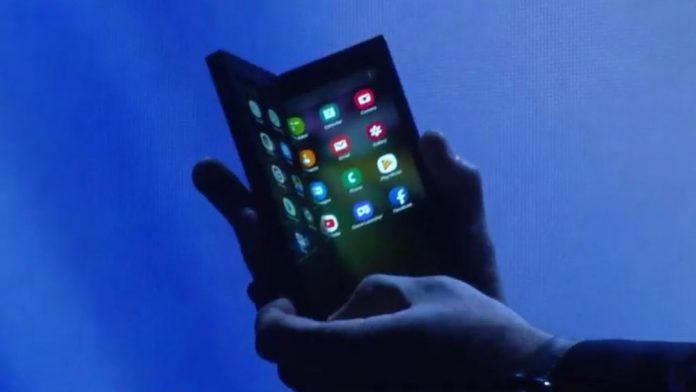 Samsung’s foldable phone was first partially shown at SDC 2018 late last year and now it’s back in a more detailed form. Samsung Electronics showcased its foldable machine at the CES 2019 booth for customers to see.

We expected CES to be about foldables, but aside from Samsung and Royole, I haven’t seen too much action. Right now Samsung is finishing up optimization processes for the foldable hardware and software. When unfolded, the machine doesn’t show any crease to indicate it has been bent. It seems that completely folding the device results in breakage, so more testing and upgrades are needed.

I should highlight the word “customers” here, because Samsung only showed the foldable to them at CES, not regular visitors. It means they showed it to retailers, carriers and potential partners. The display on the foldable is thinner when fully opened. When folded, the device provides a stable grip, instead of feeling thick.

Samsung intends to launch its foldable phone in the first half of the year and initially it will produce around 1 million units, less than the 10 million units quota for the Galayx S. Those who played with the device claim that it’s ideal for multitasking and great for someone who wants both a smartphone and tablet. The target audience is men in their 40s, familiar with “folder phones” launched in late 1990s.