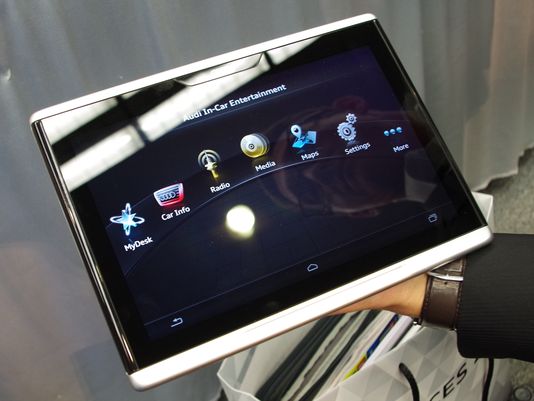 Just as we wrote here, Audi unveiled a tablet at CES 2014, a device that you can use in the car, even if you’re just a passenger or the driver. The device is called the Mobile Audi Smart Display and it connects to the vehicle via WiFi.

This is a 10.2 inch Android tablet with a custom UI on top, one that is specifically customized to address the needs of the driver, through a special section of the UI. There’s voice input, car stats shown on the screen and even LTE in the mix courtesy of AT&T. This device has a Tegra 4 CPU at its core and while its other specs weren’t exactly detailed, it looks like a fine device.

The screen seems rather glossy and the edges are big, but from what I’ve heard the bulky case was created that way so it would protect the device with a rugged layer. Apparently, the device can withstand extreme temperatures and it has special gesture and voice command available as well. 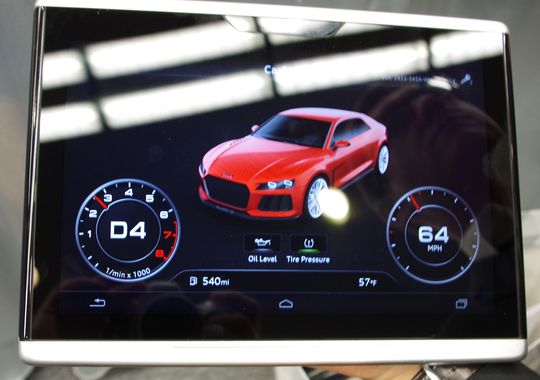