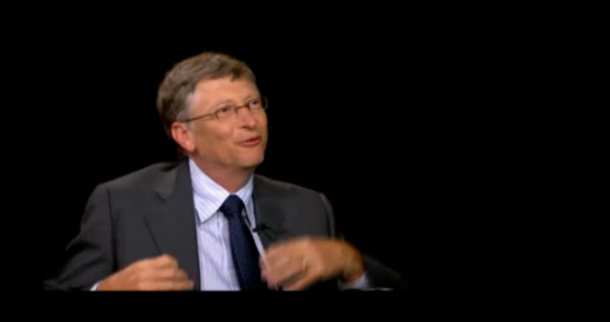 In a recent interview with Charlie Rose, Bill Gates revealed that he’s very excited with the Microsoft Surface tablet and he’s convinced that Apple will have to answer this hybrid with a similar product. Gates described the process of creation of Microsoft as “a fanatical work”, something specific for his 20s and 30s. Now in his 50s he’s still very excited about new products.

The same filantropist and former Microsoft boss says that MS delivered “the magic of software to people” and claims that his company was magical before Apple. Surface was called exciting during the interview and the new form factor seemed to make Bill Gates happy with the perspectives it brings up. The main idea here is having the best of two segments: a tablet and a PC, with Windows 8. The same enthusiastic tech guru regrets not having come up with this tablet earlier and admitted that Steve Jobs did some things better than him.

What the Surface does is that it fuses the PC with a tablet and the result is beautiful and appealing. Gates said that although they could have come with a fresh tablet around the time the iPad debuted, their devices were too thick and not so appealing, as a package. It’s nice to see that all that enthusiasm didn’t stop the famous billionaire from declaring that the market hasn’t yet decided on the perfect tablet, so the winner is out there. What do you think about Surface and Bill Gates’ ideas?