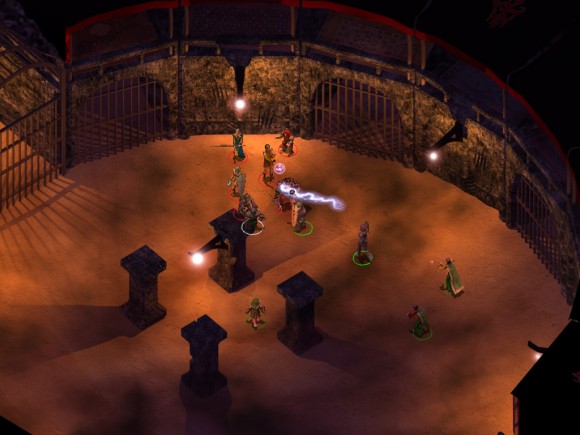 If you own an iPad you must’ve noticed that you had to wait a bit longer for the Baldur’s Gate Enhanced Edition title to arrive on this platform, just like you did with a proprietary YouTube app. The game is basically a redone version of the famous RPG in 1998, enhanced a bit for the potential of the current modern devices.

The title want live on the App Store just hours ago and we suggest you try it out. It’s priced at $9.99. The Enhanced Edition is also available on the PC, so we’ve got two out of the 4 platforms promised by the developer Beamdog, that was behind this game. The game was scheduled to launch on Mac OS X as well, but that version was still getting its certification last we heard. The game will also be coming to Android at a later date. The good thing about playing Baldur’s Gate Enhanced Edition on the iPad is that it’s $10 cheaper than on the PC.

The trick is that 2 of the 3 added characters are available as in app purchases for the iPad version. The characters are $2.99 each, so you still pay less than the PC version. Right now, this release is only compatible with iPads that run iOS 6.0. Just so you know, the game offers 80 hours of epic RPG adventures, over 40 classes and kits, over 100 spells and 150 magical items. You can download it here.