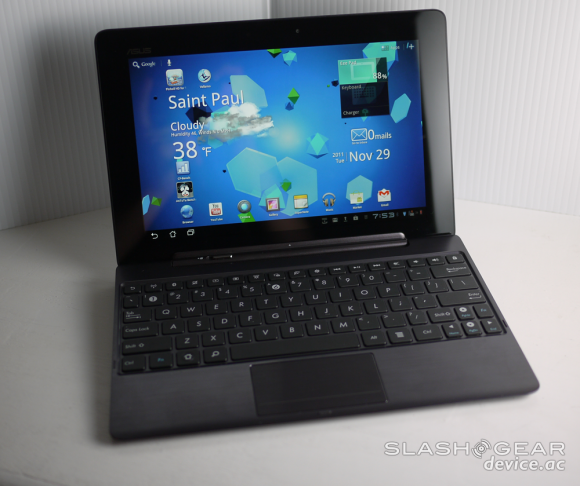 ASUS has just unveiled that an update for the famous Transformer Prime quad core tablet will come soon, but they didn’t give out too many details. However, while ASUS US was shy on details, the folks of the Italian subsidiary of the company mentioned both a March 29th release date (locally) and support for a new “Prime LAN cable” accessory.

This accessory allows the slate’s USB port to connect to a wired Ethernet cable, making the Prime even closer to a laptop alternative. There’s also an updated software on board, version 9.4.2.21, that brings a new camera firmware update system, that removes the need to update separately the software for the camera. This means that from now on users will get the cam updates with regular firmware updates. Other changes include the move to the Play Store instead of Android Market, Play Books, Play Music and such, plus the ASUS Vibe software goes to version 2.0 and gets a refreshed UI.

Notifications will now be controlled from the lockscreen, jumping into the related app, as the user bypasses the homescreen. Face Unlock is also supported and on the connectivity side we get ad hoc WiFi network support and wireless bugfixes. You’ll also be able to choose between portrait and landscape orientation for video shown via HDMI output. ASUS Italy finally mentions that a TF101 upgrade is also in the making.