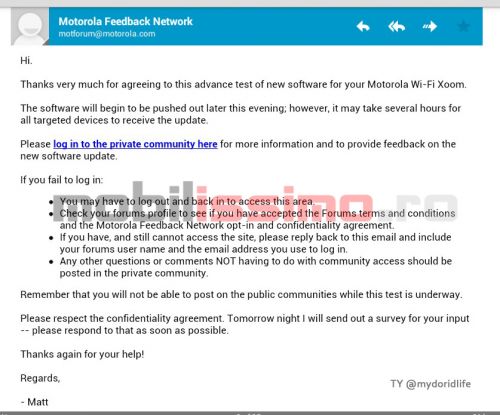 Good news if you have a Motorola Xoom tablet! There’s a fresh release of Ice Cream Sandwich headed your way this week and some lucky testers are already receiving it. I’m talking about version Android 4.0.4 that’s already rolled out to one of our friends, @myandroidlife, as shown by the guys of Mobilissimo.ro. There’s also a video that our source did, showing the update of the Xoom WiFi. 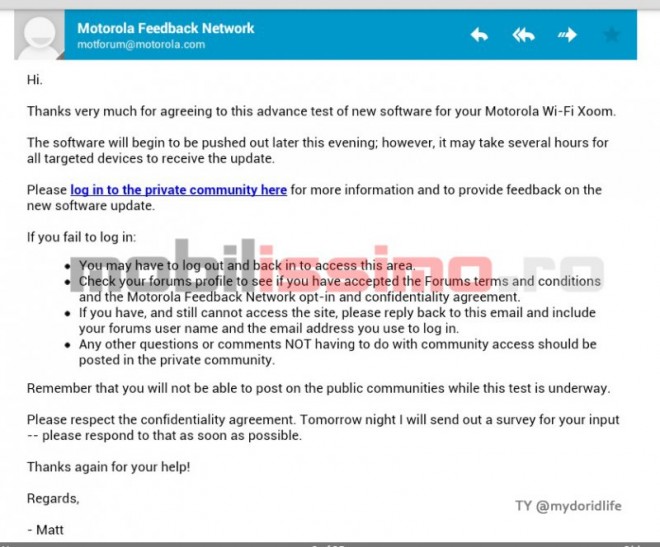 This is software version Android 4.04 IMM75, that’s based on the usual bug fixes and improvements to the system’s functioning and some features of the slate. Among the improvements we find a faster rotation of the image on the Xoom, a new setting that allows you to choose the way the Power button blocks the tablet and a couple of policy changes for Microsoft Exchange. Phone number recognition is better now and image and camera quality have also evolved, plus the stability of the device is greater. 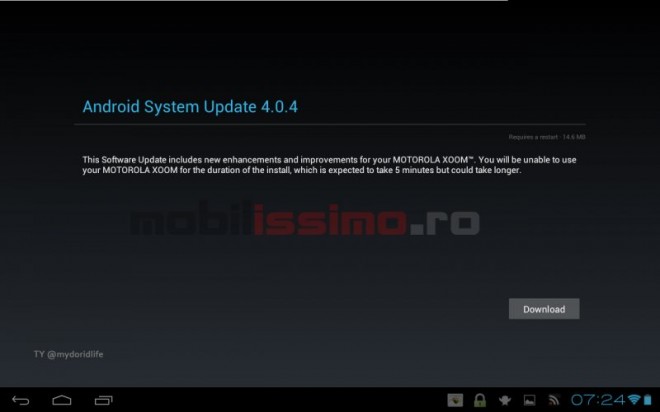 In the video below there’s proof that the upgrade process is taking place on the Xoom, for testers first. If you’re an owner of the WiFi Xoom out there, expect the option of OTA update to appear in the next days and if it does, don’t be shy to drop off a comment here and give us feedback. 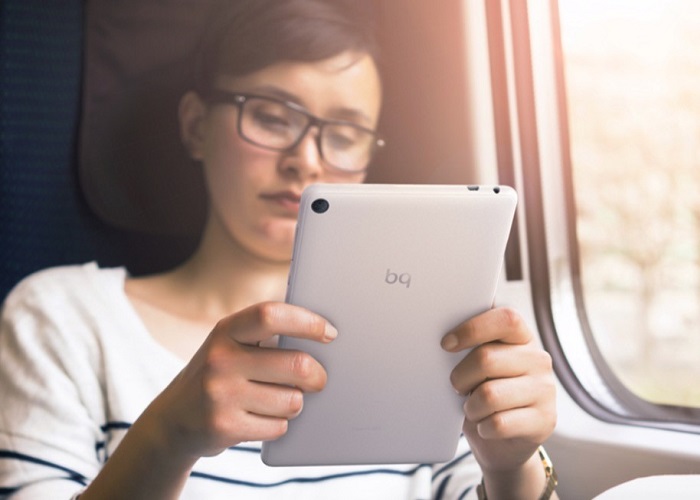