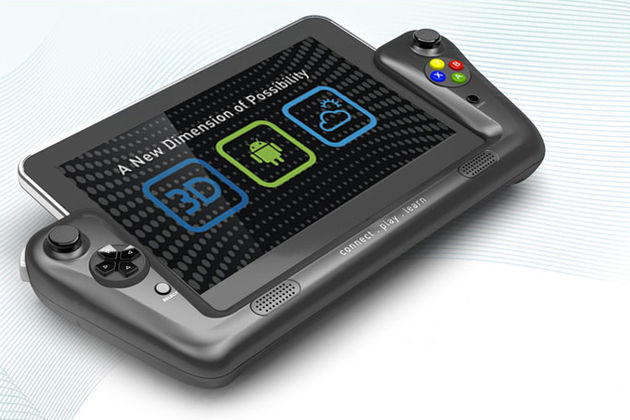 It’s not every day you heard about a gaming tablet with 3D in its name and also with some cloud involvement. That’s why we had our eyes wide open when we heard about this model, the WikiPad 3D tablet. It appears that WikiPad, the creator of the slate teamed up with Gaikai, a provider of cloud gaming services.

Gaikai is a rival of the guys of OnLive, that provide similar services and were associated with HTC last I heard. Back to the special guest today, WikiPad 3D is an Android 4.0 tablet, that apparently was shown at CES this year, although I didn’t spot it at the time. It may be because of the fact that the model changed a lot since then. The device’s 8.1 inch 3D screen has been replaced with a premium 10.1 inch screen, that’s most likely a 3D one as well, considering the device’s name.

While at CES we had a single core 1.2 GHz processor, now the specs include a quad core one and we also get 3G and WiFi. I’m not sure how the gamepad area fits around a 10.1 inch display or how heavy this thing is, but I must say that it looks pretty nice. Gaikai is also getting traction lately, starting a Facebook app last month that allows game streaming via Facebook and also sealing a deal with LG to power cloud gaming on the Smart TVs. The really appealing thing here is the price: $250 for the WikiPad 3D, that was set for release in March, but that window has long passed… so the future is uncertain.