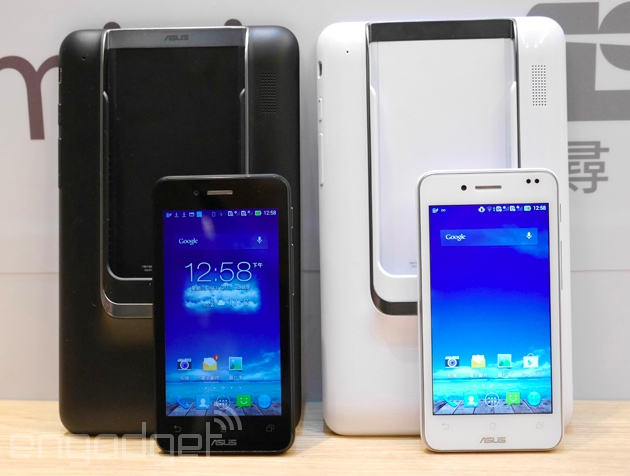 During today’s event in Taiwan, ASUS debuted its long rumored and awaited PadFone Mini, a hybrid that includes both a 7 inch tablet and a 4.3 inch smartphone. The interesting deal here is that we’re also getting dual microSIM slots this time.

The product relies on a quad core Snapdragon 400 1.4 GHz processor, it has 1 GB of RAM inside and the phone’s display is a 4.3 incher with a qHD resolution. The 7 inch tablet offers a 1280 x 800 pixel resolution and both units use Super IPS screens. The handset also comes with 1 GB of RAM, Android 4.3, a 1500 mAh battery and it measures 8.7 mm in thickness.

It has an 8 megapixel back camera with BSI sensor, 16 FPS burst ability and F/2.0 aperture, while at the front there’s a 2 megapixel camera. Other specs include 16 GB of storage, a microSD card slot, WiFi, Bluetooth 4.0, AGPS and Glonass. The tablet adds a 2200 mAh battery and 310 grams of weight . For now the product will debut in the likes of Hong Kong, Taiwan and Singapore at a price tag of $405, but hopefully there will be a wider release later on. 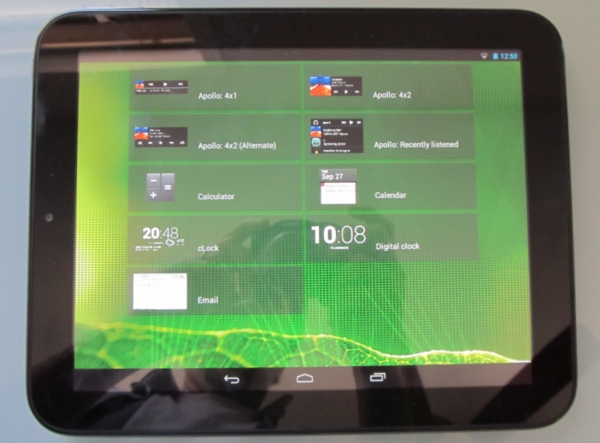 Android 4.2 Arrives on the HP TouchPad, With HD Video Decoding...