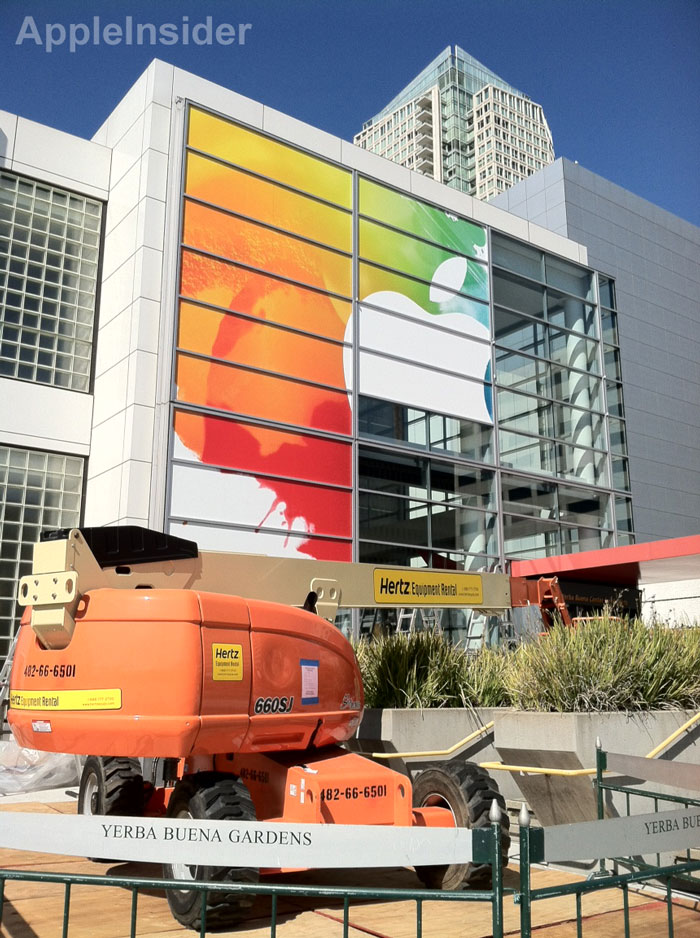 Apple has already started decorating the Yerba Buena Center for the Arts in San Francisco in preparation for the big event on Wednesday. I have to remind that the next iPad is launching on March 7th and it may be called iPad HD in the end. 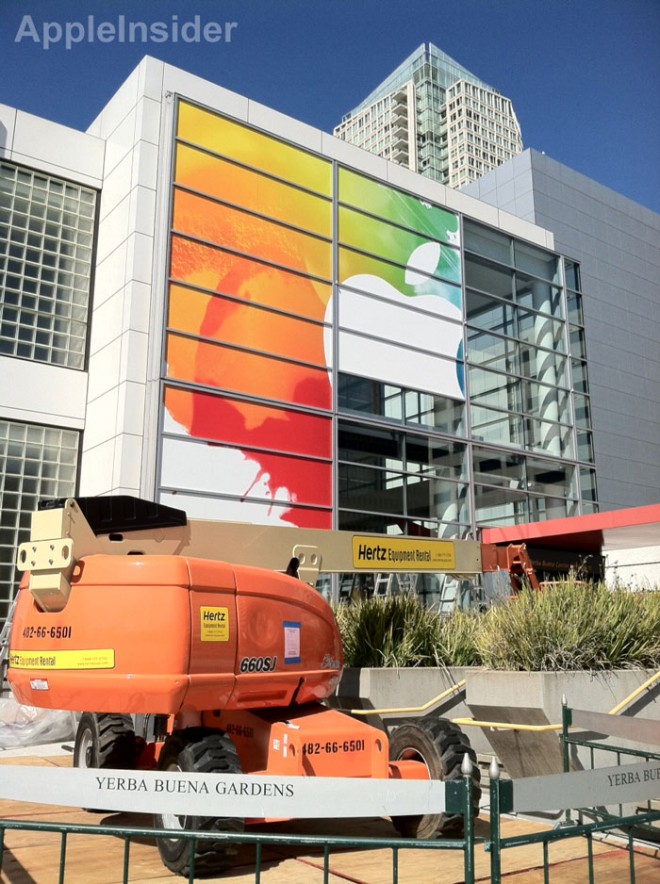 There’s a massive, colourful banner with the company’s logo posted on the building. Workers were already half way done yesterday afernoon, covering the glass windows of the center with the poster shown here. This year we get a colourful background and a big white Apple logo at the front.

The bright colors and paint splatters in this design are very similar to the theme of the media event that Apple had in 2010, in order to launch the first iPad. The invitation for this year’s event features a picture of an iPad with a fingertip touching the iOS calendar app icon and the resolution is incredible, at least in the photo. Things have changed from last year, when the decoration was a black Apple logo on a white background and coloured dots all around it.

Will the new tablet get a quad core CPU? Will it be a LTE device? We’ll find out in 4 days! 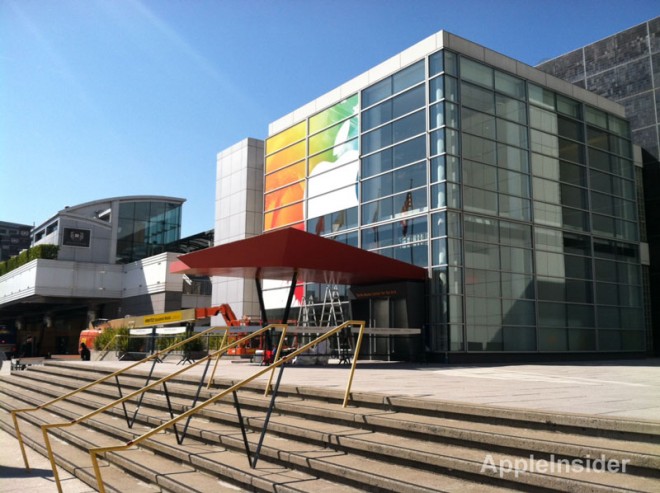