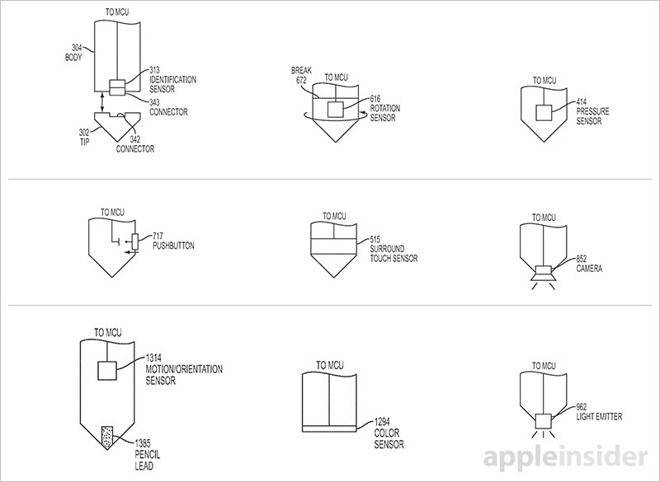 There’s a new idea brewing regarding one of Apple’s products, the Apple Pencil, that’s supposed to get new features in its next iteration. The new Apple Pencil is said to get more tips and features, including a Touch ID sensor. 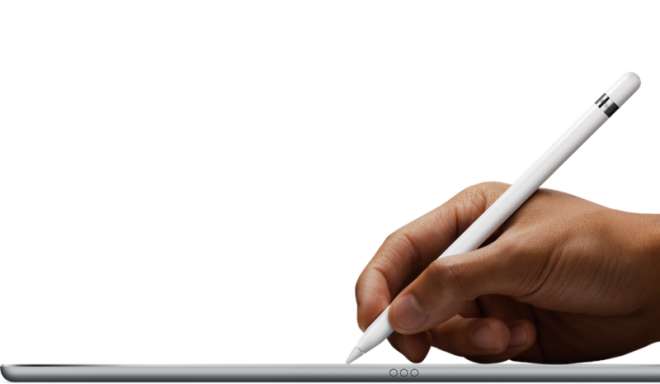 The folks of Apple Insider have found an Apple patent from back in 2012, detailing an Apple Pencil with interchangeable nibs and some of them being like a felt tip pen, or a force sensing bristle brush tip or even a motion tracking camera. Fingerprint recognition is also in the papers, plus the concept of an eraser and more cool features that involve built in sensors.

The set of sensors involves some related to pressure sensing, others to proximity awareness, all of that provided as readable data, sent to a host device via a a wireless protocol. A brush type accessory may come with a special tip and microprocessor, that sends a message to the iPad, that reads it and adapts the input to a painting motion.

Bristle brushes and flashlights are also mentioned in the patent, so the potential is wide open, but as usual a patent doesn’t mean anything till the finalized product is out.

Apple iPad Mini 5 is Back, with a Leaked Case, Render...