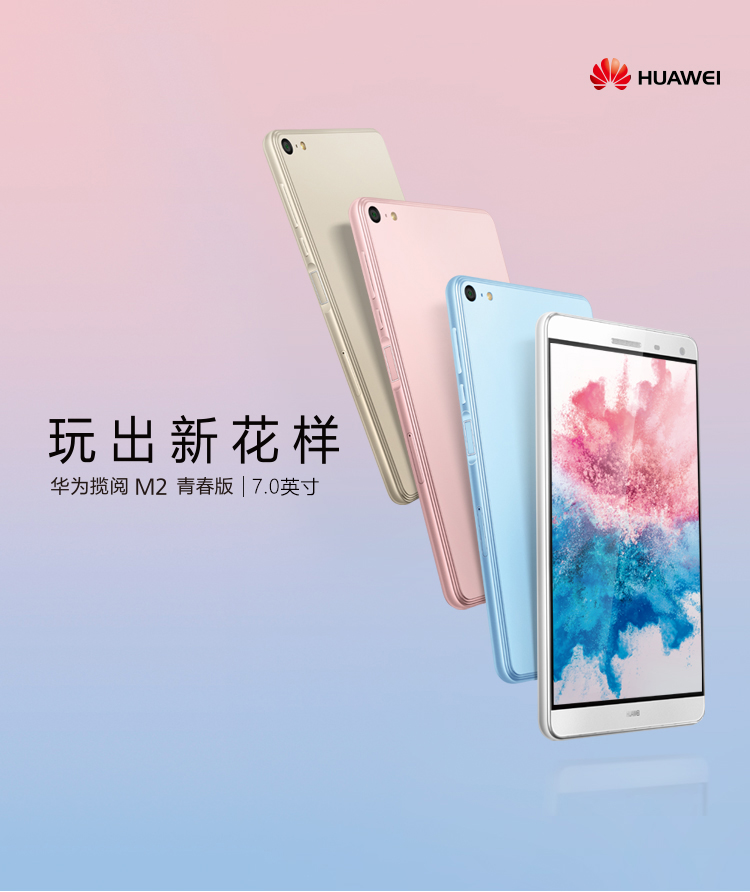 Huawei seems keen on unveiling stuff in between big tech shows, so ahead of Computex and quite a long way since MWC they debuted a tablet today. That model is the smaller version of the Huawei MediaPad M2 10.1 and it’s dubbed MediaPad M2 7.0. 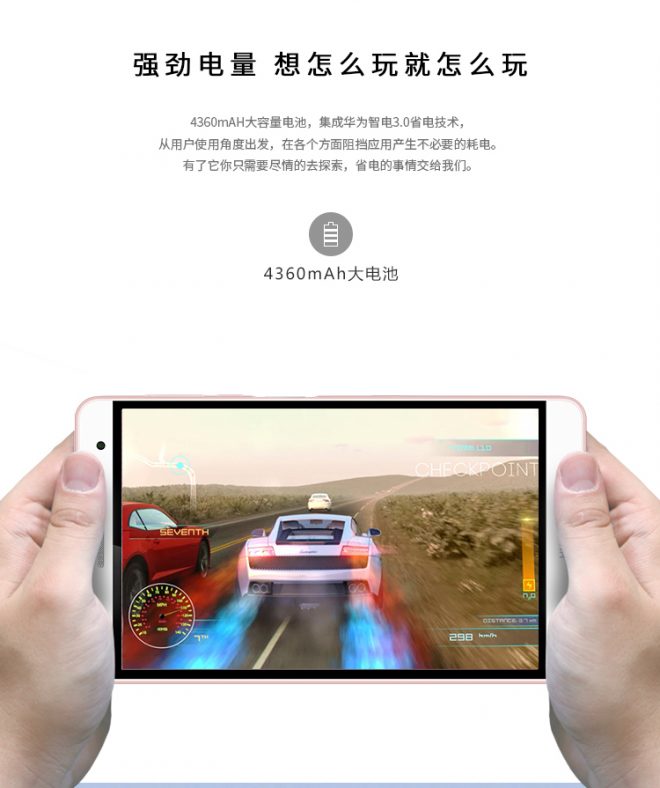 This newcomer brings a 7 inch 1920 x 1200 pixel screen with ClariVu 2.0 color enhancement technology. It also features 3 GB of RAM, 16/32 GB of storage and a microSD card slot. It also packs a Qualcomm Snapdragon 615 processor and a pretty surprising 13 megapixel back shooter, with F/2.0 shooter and LED flash. The front camera is a 5 MP unit, great for videocalls. 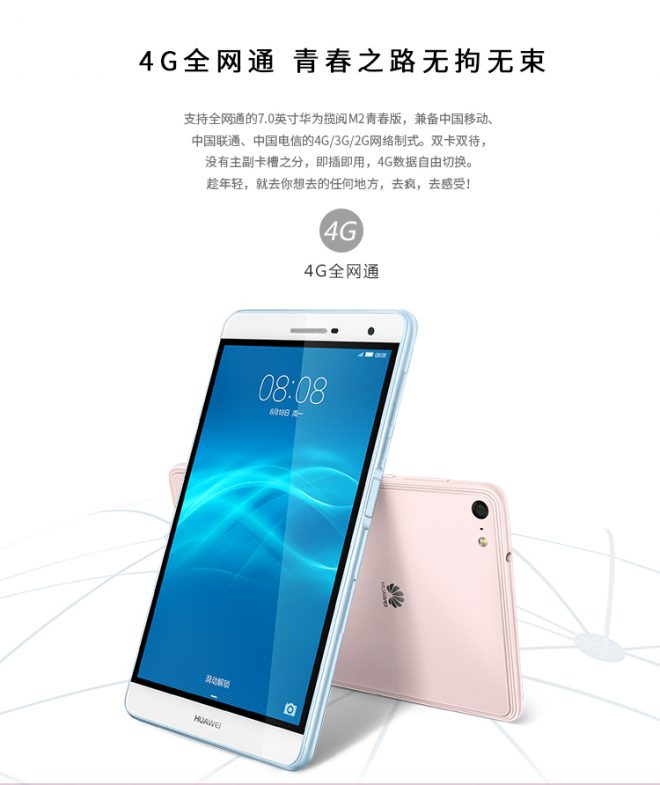 The 4360 mAh battery is another big part of the bundle and the MediaPad M2 7.0 is available in blue, white, gold and pink. It’s priced at $246 as the starting price for the 16 GB WiFi and LTE model, but it goes to $277 for the 32 GB unit. No idea what the WiFi unit will set you back, but it’ll also exist separately. Sales will start on May 13th in China. 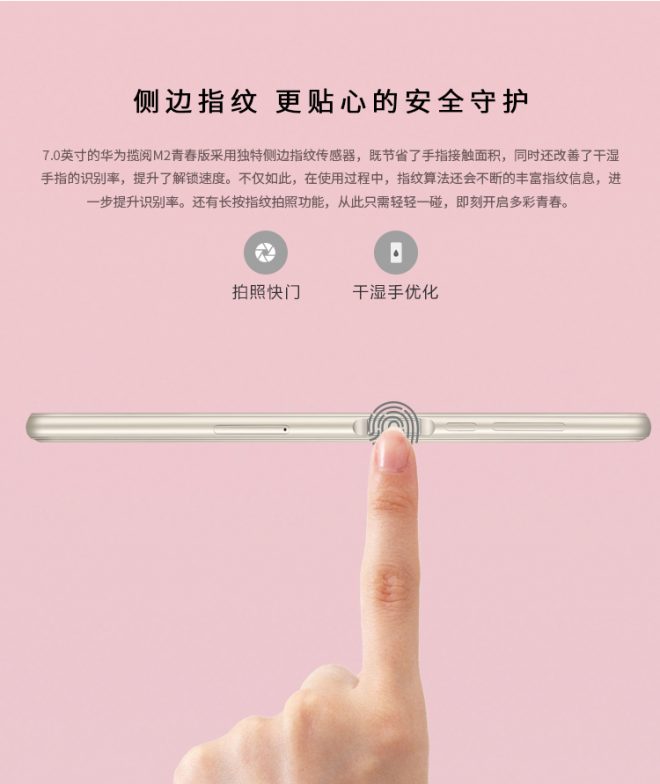 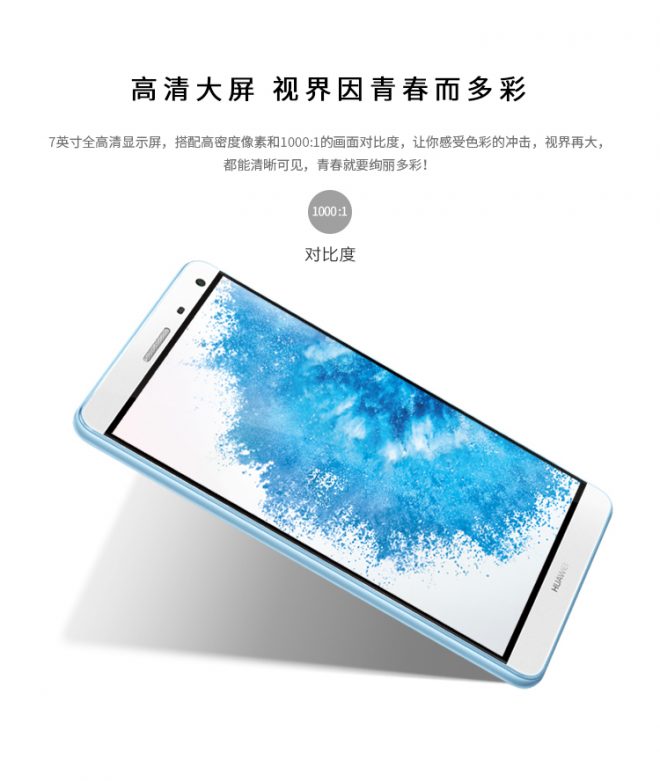 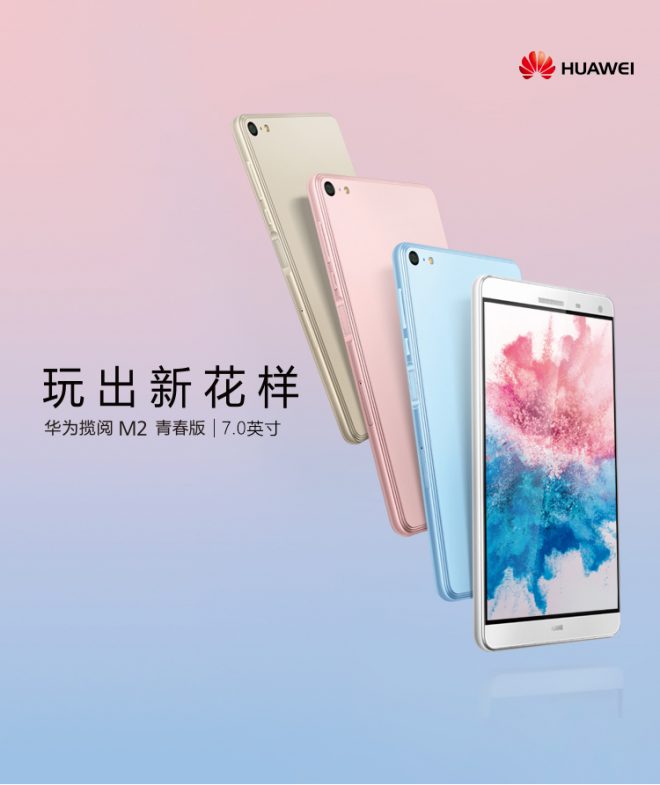