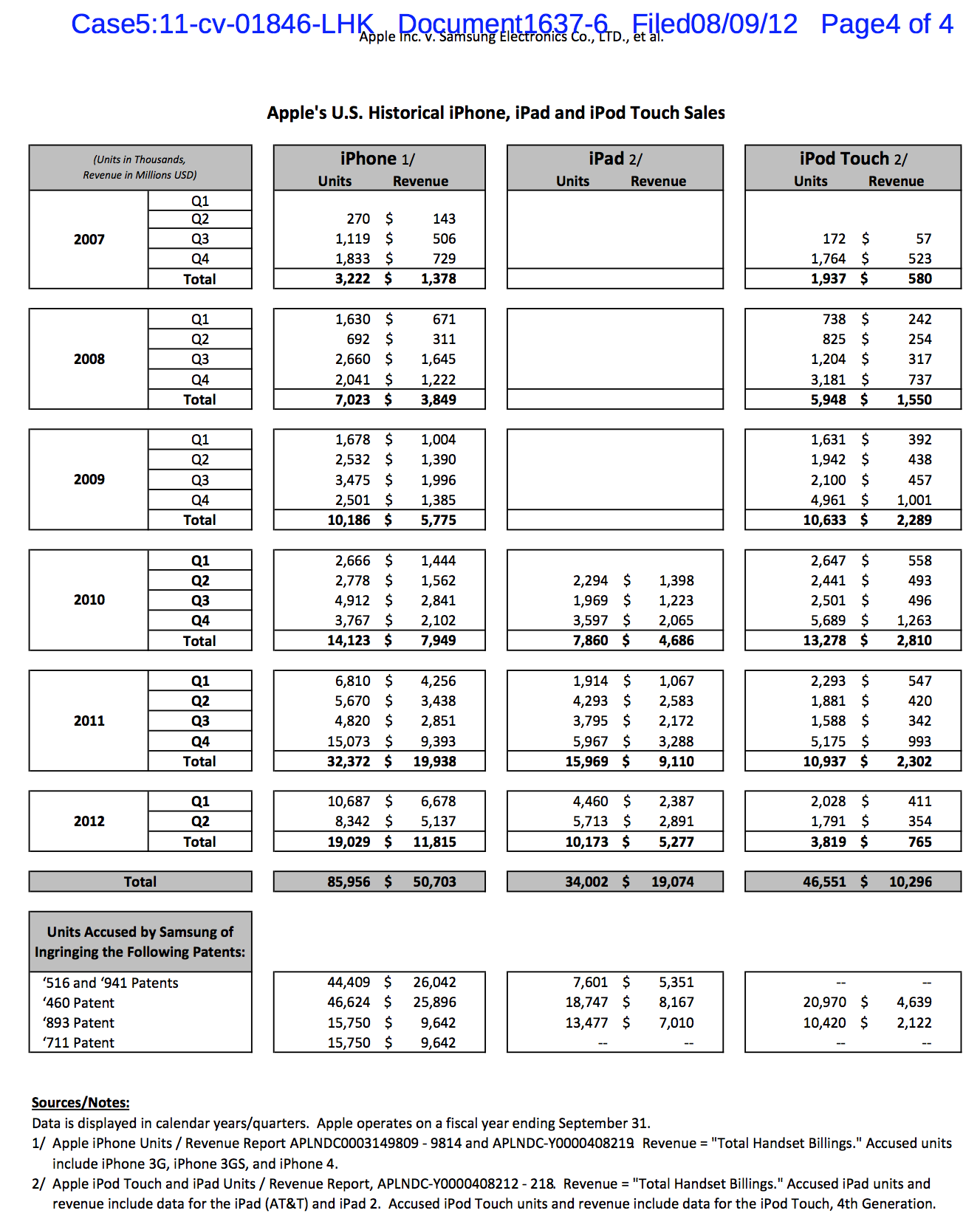 Samsung’s sales numbers for smartphones in USA are now out, thanks to the trial against Apple and the figures are confronted with Apple’s sales figures for the iPhone and iPad. These numbers are needed in the trial, because they serve to establish damages that Samsung have to pay to Apple. I have to remind you that the Cupertino giant sued the Asian company for copying the iPad and iPhone and now seeks retribution. 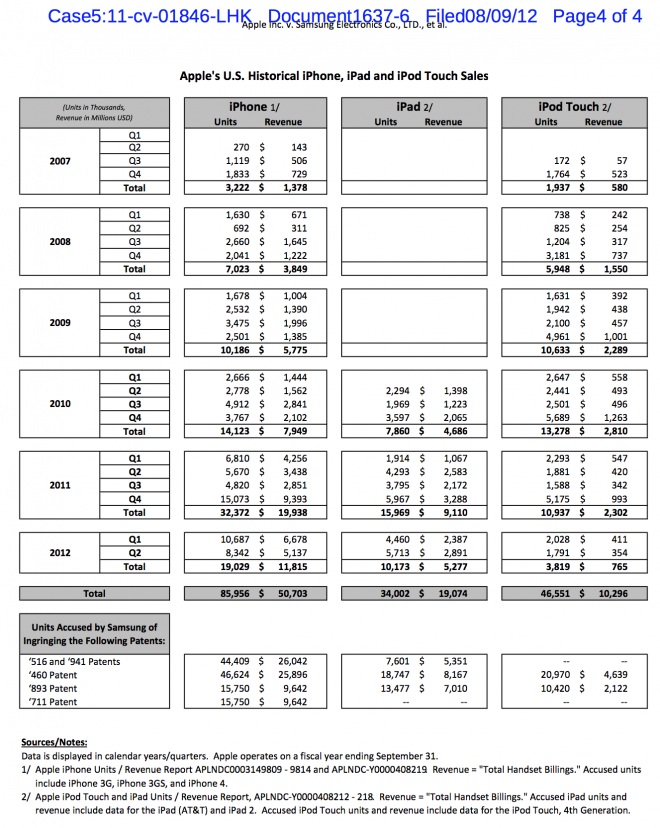 The figures thrown around were 2.5 billion dollars, that were calculated considering the sales that Samsung had through devices that copy Apple’s products and also adding to that the profit that Apple could have made selling more devices. Thus, the list of best selling devices comes into play. Samsung’s best seller is the Prevail handset, with 2.255 million units, on Boost Mobile. Next up is the Samsung Epic 4G and the Samsung Galaxy S II Epic Touch, both models on Sprint.

This means that Samsung’s top 3 devices are all on Sprint’s network. Samsung’s US tablet numbers were below expectations and strangely enough the Galaxy Tab 8.9 and the Galaxy Note are nowhere to be found, maybe because they don’t copy anyone?! Meanwhile, Apple’s numbers are huge, with 85 million iPhones sold since 2007 and 34 million iPads moved in the past two years. The average US revenue per iPad sold is $560, so most of the Apple tablets sold were in the lower price range. Will Samsung end paying up or not? What do you say? 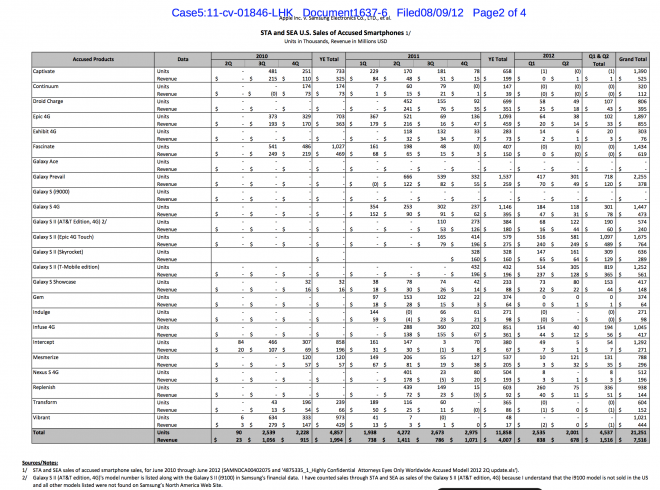 iOS 12 Beta Seems to Hint at Notched Screens for Future...