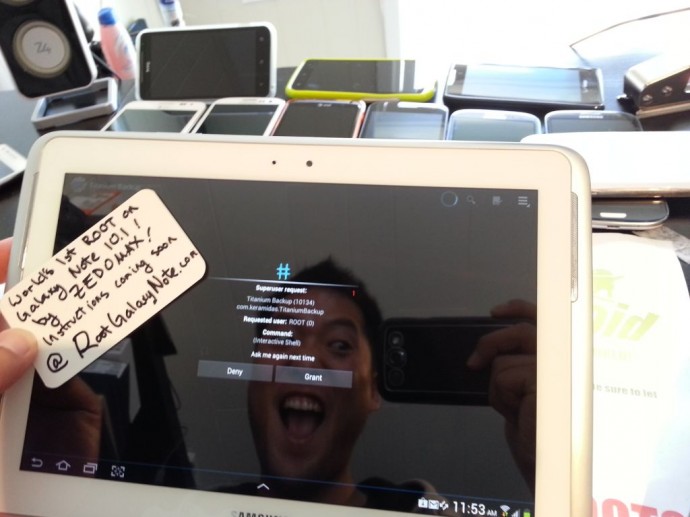 The Samsung Galaxy Note 10.1 is barely out officially, in its quad core version and there are already people tinkering with it. The folks of Androidroot.org took care of the process and the cool thing about rooting this tablet is that you will still be able to get OTA updates after the process. 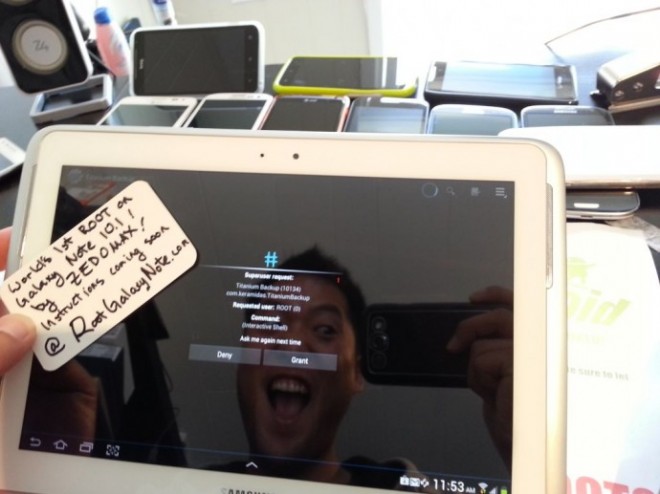 This root method simply works by injecting root to an official Samsung firmware, which means that it won’t increase binary count. Thus, the user will be able to fully unroot easily. You just need one single click in the SuperSU application and you’re return to the mode with warranty available. Anyway we’re not here to detail the root, since you can get the whole process in our source link. Just know that ODIN is involved, as well as an USB cable connected to your PC and Stock ROM.

It’s actually a pretty straight forward process. The next step I guess would be overclocking the hell out of the Galaxy Note 10.1 and playing catch-up with the Nexus 7, that recently scored a mind blowing 7000 points in Quadrant. And that’s a Tegra 3 device! Just get Jelly Bean on the Galaxy Note 10.1 and I bet its quad core Exynos and 2GB of RAM will make it score more in benchmarks.