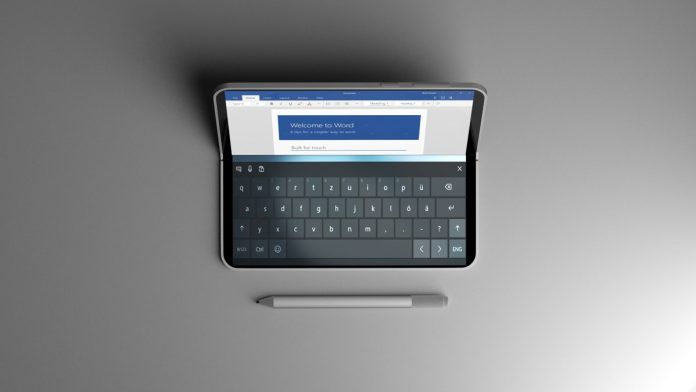 A few days ago Andromeda OS and Surface Phone were starting to be rumored to have been cancelled. A solid source was behind that info, Mary Jo Foley from ZDNet. Now her account is confirmed courtesy of Tom Warren from The Verge. We learn more below.

There was talk of cancellation and postponing before, so this is not entirely new to be honest. There was no clear use case identified for the device and even when leaks happened we didn’t get a sense that things were moving forward. Tom Warren from The Verge now writes that the device is definitely not coming in 2018 and that the whole project is under review right now. 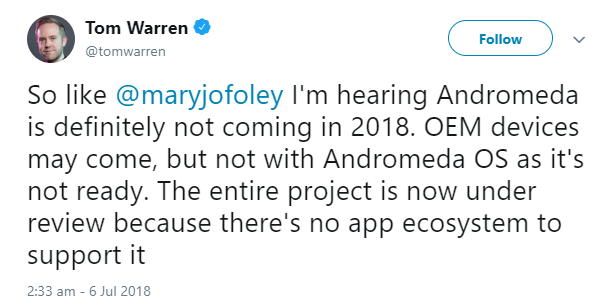 The biggest problem? The lack of a proper ecosystem to support the whole thing. This is not a new problem for Microsoft, since they had to deal with that in the age of Windows 8, Windows RT, Windows Phone and Windows 10 Mobile. Dual display foldable phones are also experimental and they have bigger odds of failing rather than succeeding. There are more things to break and malfunction.

Also the idea that Microsoft would propose a new OS after so many years of Windows feels odd. There’s also a theory saying that MS is prepping an Android-based device with Google Play Services in the mix, but other than that powered by Microsoft software. It remains to be seen what will happen, but things seem rather volatile right now for Andromeda.

There’s also the idea that Microsoft will wait and see if other companies’ dual display devices are able to make it or not.