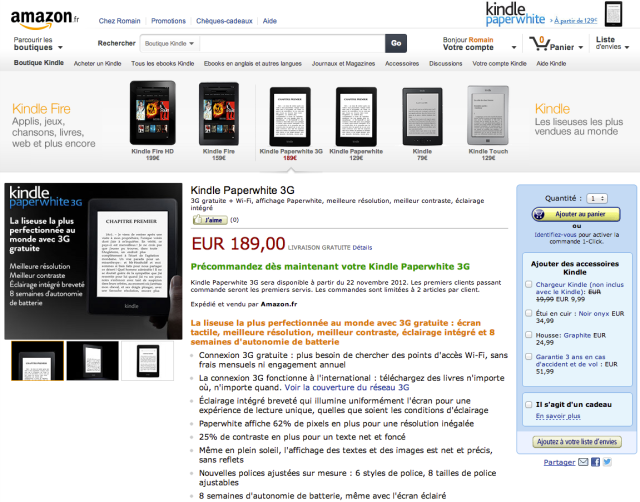 The Amazon Kindle Paperwhite is the latest US e-reader to reach Europe, being made available for preorder in UK, Germany, France, Italy and Spain. The product is available in both the WiFi version, going for $170, while the 3G version costs around $244. Since special offers are not available in Europe, the Paperwhite will be available without ads.

British customers will get their device sooner than the rest of Europe, since shipments will start on October 25th in the UK and on November 22nd in other parts of the continent. Straight after the release of the Kindle Paperwhite in the US, Amazon was forced to delay shipments, now displaying 4 to 6 weeks delay notice. It’s possible that Amazon was setting units aside for the European release, but I can’t guarantee that. The Paperwhite success is a sure thing now, especially thanks to the low price, good battery and huge improvements to the screen.

It’s got a new lightning system and an updated touch interface, among others. The thing is that the Paperwhite has an uniformity of the glow in the front screen area. You can change the screen brightness and even turn the light off totally. Battery life is now 8 weeks according to Amazon, even with the light on. The display is able to turn completely white when the backlight is on, rather than grey, which is pretty cool. 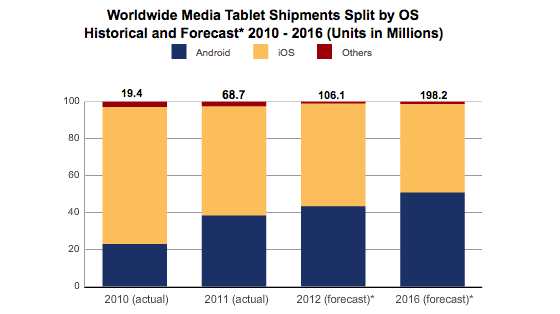