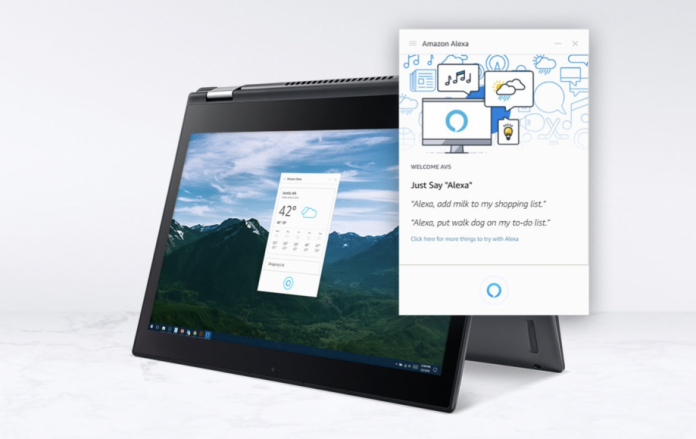 Amazon Alexa is ready to expand and arrive on multiple Windows 10 PCs over Q1 2018, or at least so are claiming sources from ZDNet. Last we heard there was talk about integration between Cortana and Alexa, which was delayed last month. Amazon is dead set on bringing its virtual assistant to the Windows 10 PCs this year.

They announced that at CES 2018, but somehow it flew under the radar. Mary Jo Foley discovered some extra info about the integration via an official support page. Amazon is saying that Alexa for PC should work just like on the Echo devices. This means you can use the digital assistant to set reminders, calendar appointments, read the news (or have them read to you), have ebooks read to you and shop from Amazon. You can ask for definitions, ask it to play tunes and simply search the web for info. 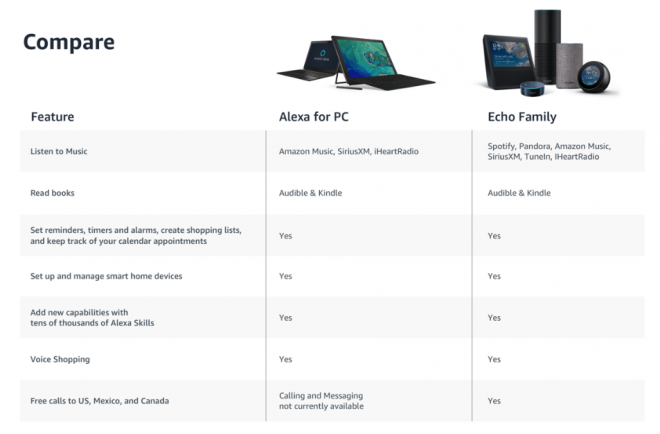 One can also control the smart home via the same assistant. Developers can create new Alexa skills, but there are also limitations, as shown in the chart below. Alexa on PC can’t listen to Spotify, Pandora, or TuneIn Radio and it’ll perform free voice calls to the US, Mexico and Canada. Partnerships include select Windows 10 PCs from Acer, HP and Lenovo and they’ll start from Q1 2018, exclusively for the US market.

The digital assistant doesn’t need extra microphones or speakers to work, so that’s a plus. If you’re interested, you can sign up here to be notified on new information about Alexa for PC.