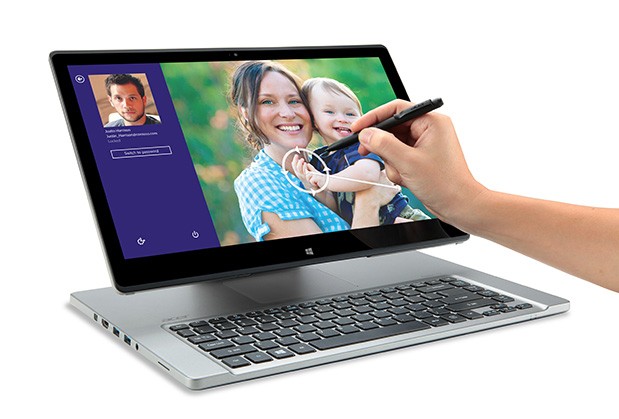 Acer announced some upgrades for its Aspire series devices, including the R7 model, that got active pen input and Haswell processing. The Aspire R7 will be bundled with an Acer active pen that you can use on the Full HD 15.6 inch display available.

This notebook also has a tablet mode, aside from 3 other modes of usage. Acer is also adding a few apps in the mix to go with the pen, including the MemoryBinder, that allows you to draw on top of photos, ScreenGrasp for capturing images with the pen and Scrapboard for collecting images and ideas, pretty much like Evernote.

We’ve also got AccuFinger, which Acer clams is used to select small on screen items. The new R7 will be available in late 2013 with a price tag of 999 euros. Meanwhile, the Aspire E notebook series will go for the fourth generation of Intel processors and Acer will also add AMD options. They’ll also get 10 point multitouch displays, that will work just fine with Windows 8.1. Acer Aspire E1 starts at 399 euros and more info will come at IFA.