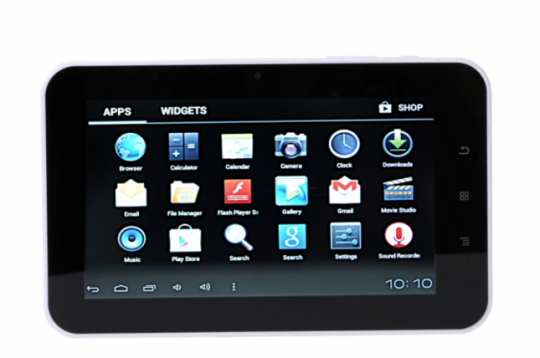 The Aakash tablet series is known all over the world as the cheapest slates available around, with a price tag of sub $50 and now there’s an Aakash 2 to continue the tradition. The new model will come to India next month, with a price tag of $35. The original model was a pretty decent product and now let’s have a look at the features of the newcomer and see what it’s all about.

Aakash 2 debuts on the anniversary of the original Aakash tablet release. The product is being supplied to students at the India Institute of Technology in Bombay and has been preparing for the past month for its big arrival. Behind this slate we find the company DataWind, with its CEO Suneet Singh Tuli saying he plans to officially launch the device on October 5th. The intention is to manufacture around 220 million units and distribute them around India.

Aakash 2 was formerly known as the Ubislate 7+ and it comes with a 7 inch display, an ARM Cortex A8 CPU at 1 GHz, 512 MB of RAM and 4 GB of internal storage. There’s also a front facing camera on board and Android 2.3 Gingerbread as the operating system. It even has a SIM slot for phone calls, which is pretty cool. The tablet is supplied to students for free and costs $35 at retail stores in India. Android 4.0 updates were also promised.