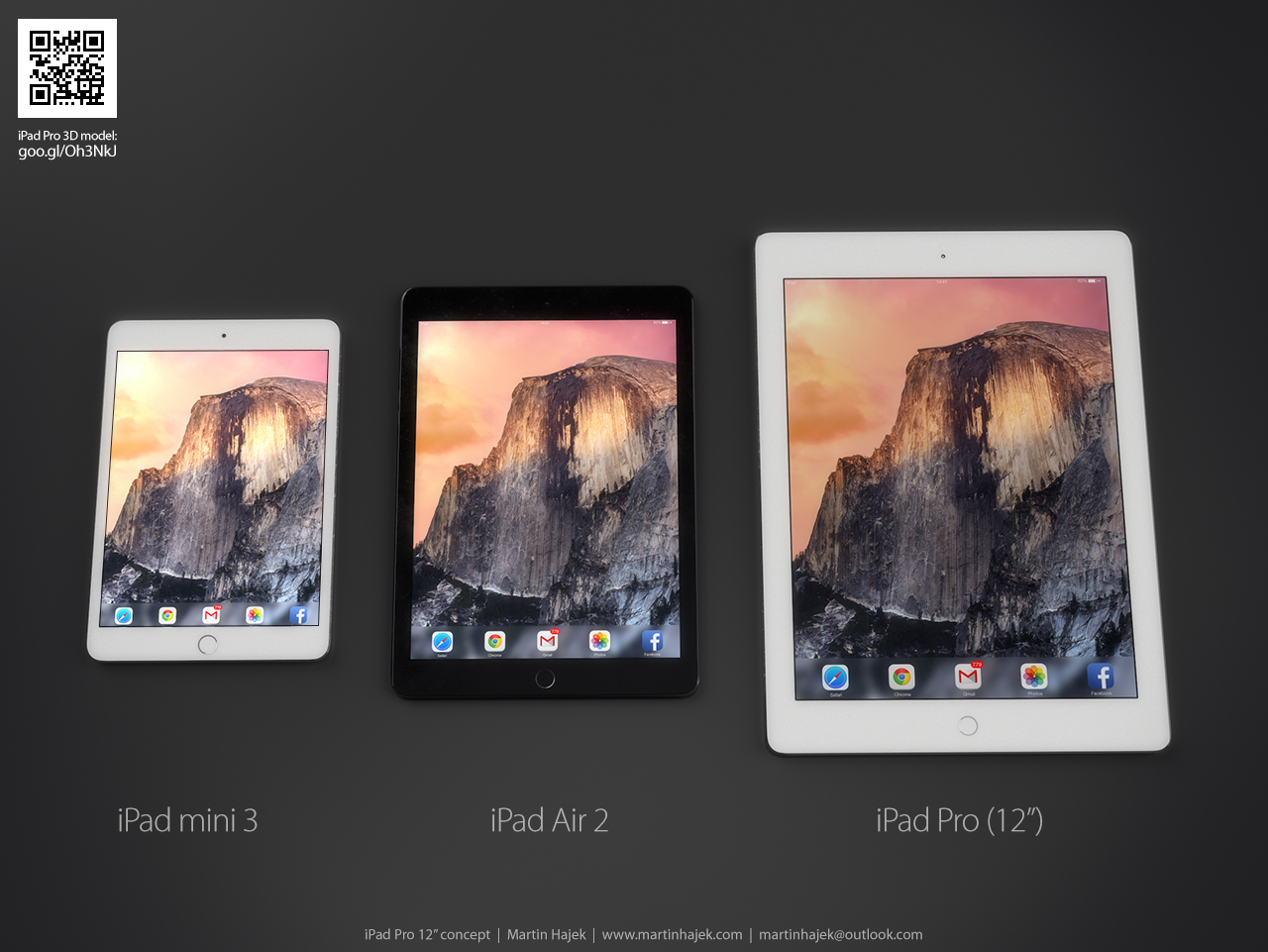 Designer Martin Hajek has been here ever since the iPad Mini 1 or so, each time rendering a yet unlaunched Apple product, in full 3D images. Today he unveils a series of beautiful renders of the iPad Pro, the rumored 12 inch Apple slate, that should come this year. 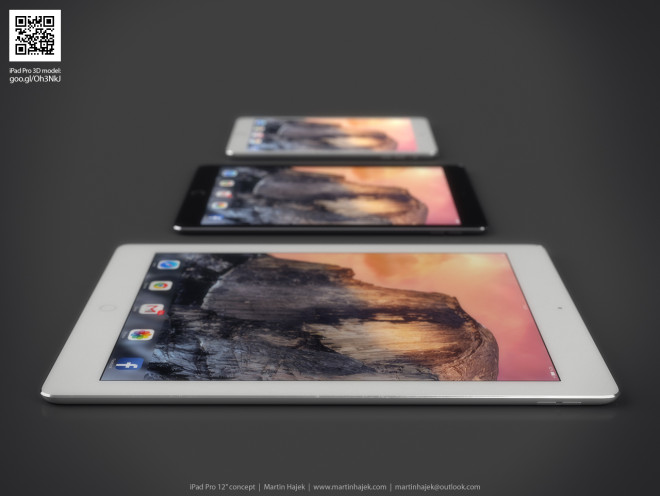 The product is showcased in tandem with the current iPad Air and Mini 3, for the sake of comparison. While he unveils these renders, fresh rumors about the device have hit the web. Known as the iPad Pro or iPad Plus, the slate is expected to debut this Spring. Martin also took the rumors about an Apple stylus and turned them into renders, as shown below. The stylus is a bit on the thick side, but as usual it’s very good looking. 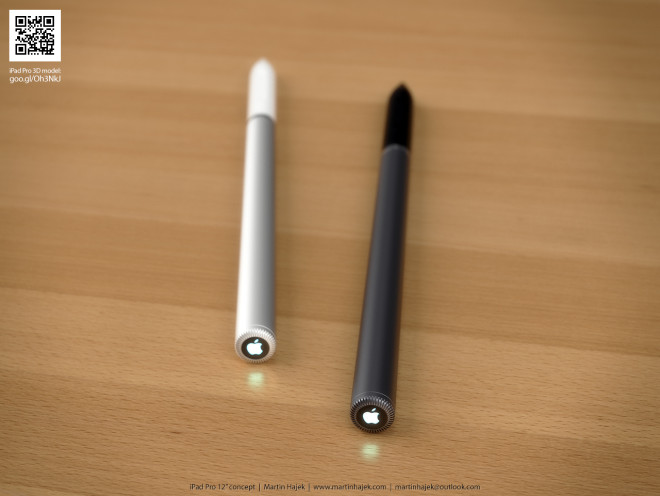 It borrows the digital crown and biosensors of the Apple Watch, says the designer. There’s also a slider on the stylus for extra tasks. It’s clearly shown here that the iPad Pro is bigger than the 9.7 inch iPad Air 2, but it seems to keep the same general design lines, with a svelte machined aluminum case. Sources say the slate will measure between 6.9 and 7.5 mm in thickness, which is very good for a 12 inch tablet.

4 built in speakers are also rumored, as well as an Apple A8 CPU. What do you think of these renders? 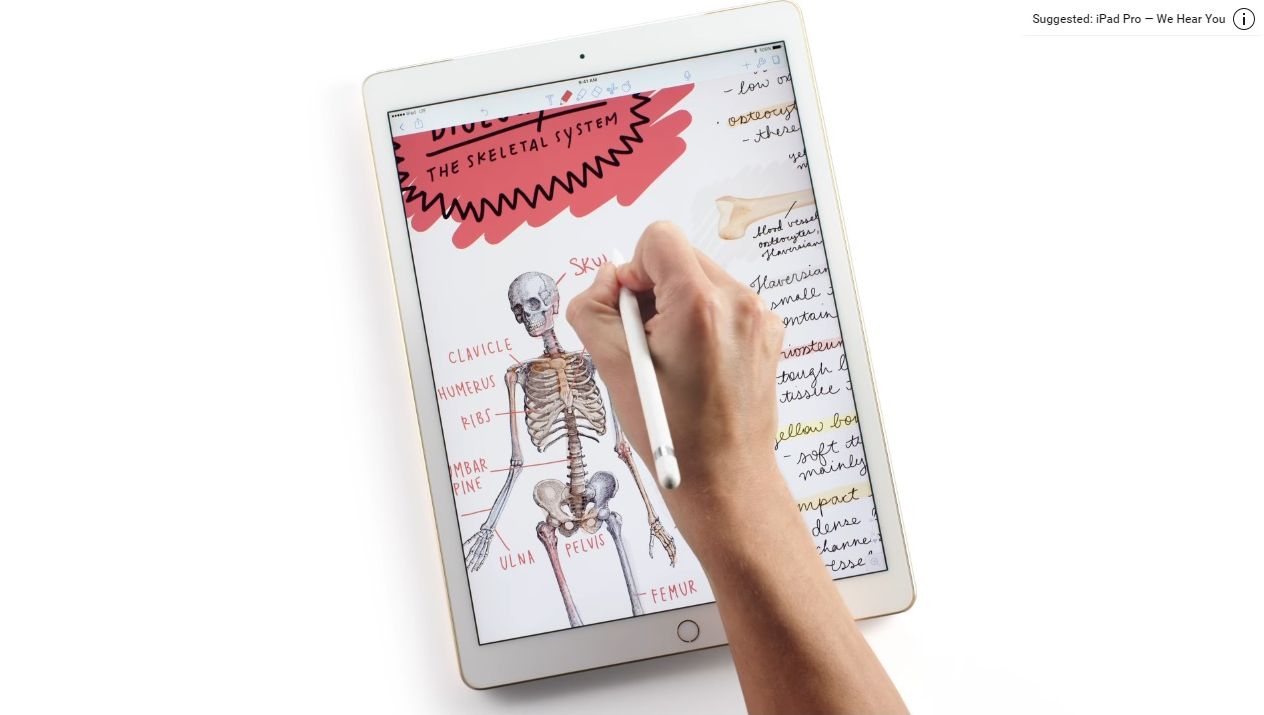