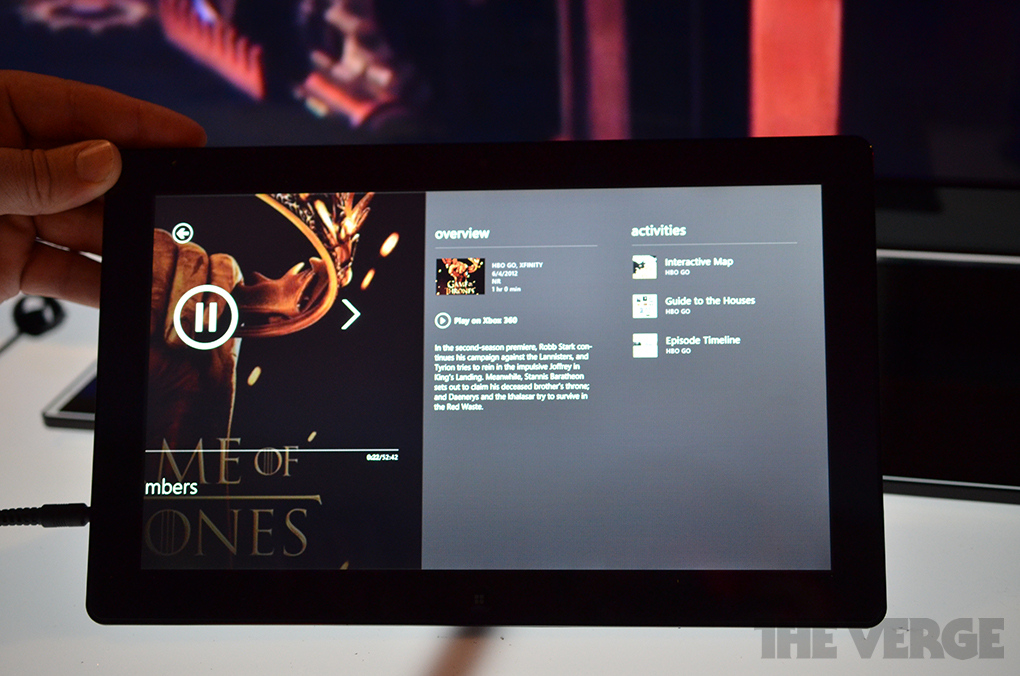 Microsoft recently confirmed that the Xbox Smartglass companion app will launch with full functionality on Windows 8 and that the app will be integrated into the Games section on both Win 8 and Win RT. Both are launching on October 26th, so an announcement like this was bound to happen. Aside from the updated Smartglass that was released this week, an Xbox Music app with free streaming was also announced in an updated version, too. 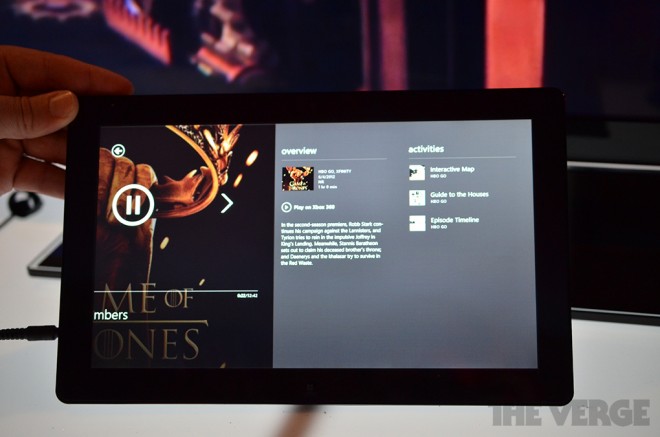 The new Xbox Music also brings a Pandora-style Radio DJ feature. For those who don’t know, Xbox SmartGlass is a companion app for mobile devices and Windows 8 tablets and PCs, that allows the user to control and interact with videos and games that they play on the Xbox 360. Basically, you can take a movie that you’re watching on the Xbox 360 and HDTV and use your Windows 8 tablet to find out more about its plot and actors at the same time, by using SmartGlass.

You can also browse on the HDTV and Windows Phone 8 device at the same time with the SmartGlass and keep browsing where you left it, when leaving the room. What’s cool is that if you’re watching Game of Thrones, for example if you use SmartGlass, your Windows Phone will display info about the show, while your Win RT slate may even show you the map of the rival kingdoms, so everything becomes more interactive and more than just movie viewing. Games are also integrated here, as for example via SmartGlass in Madden you’re allowed to use the tablet as a secondary controller.

There’s also a future release for iOS and Android promised for this app.

Microsoft 1Q18 Earnings are In, Surface Revenue Up 12%