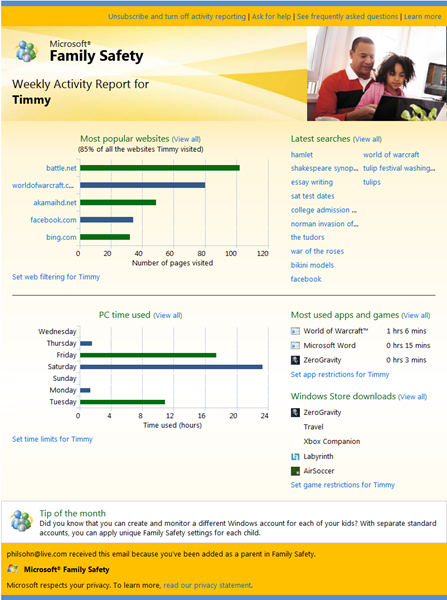 If you’re a parent and you’re worried about the way the little one will use Windows 8, there’s now a function especially created for that. I’m talking about a deeper parental control, that will report back to you each week. This feature has been included on Windows 8 Release Preview and it’s a control function that’s called Family Safety.

This one keeps track of your kid’s activity on the PC and what he/she’s doing online. It’s very easy to set up: just check a box to let Windows know that the new account is created for a child. After that you’ll received weekly reports through email, detailing your child’s total Internet use time, recent web searches, most visited sites and the most used games and apps. The report will include links to options that allow you to restrict the time that the kid is spending on the Internet/PC, if he’s spending too much for example.

Advanced options also include restricting certain apps and sites and web filtering, everyone based on age ratings. The Windows 8 Release Preview will come in the first week of June and will get this feature and much more. 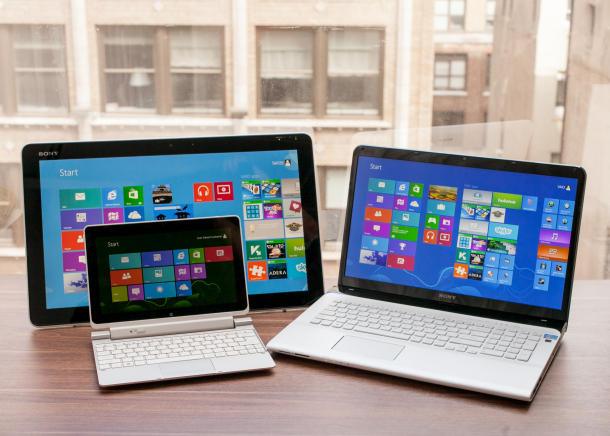 Microsoft Official Responds to Windows 8 Bashing, Says That the Platform...