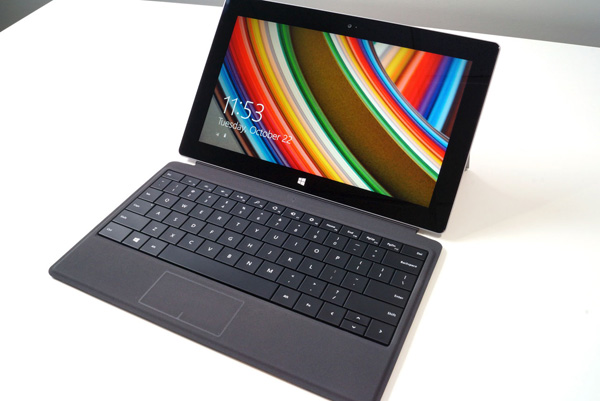 Although to me it sounds impossible, some experts like the ones at Forbes seem convinced that the new generation of Windows 8 slates and the Surface 2 will take market share from Android in Q4. The idea is that the 10 inch segment is ripe for the taking, with less and less Android slates of this size being released.

Also, Windows 8 devices are getting smaller diagonals and smaller price tags, in the range of 300 euros now, with appealing Acer and Dell models coming to mind. Over the past week Microsoft started offering in stores its new Surface devices and we’re getting closer to the holiday season, so the fight between tablets is starting, especially with the new iPads launched this week.

A serious head start is available for the Amazon Kindle Fire HDX and Nexus 7 2013, that are already selling well, but now they’ll be fighting the iPad Mini Retina. However, people looking for a more powerful slate will have to go with the Surface 2, but what Forbes seems to forget is that we have models like the Galaxy Note 10.1 2014 out there.

The iPad Air is also not to be neglected, with its Apple A7 64 bit CPU, Retina Display and compact design. What to choose?

Polaroid Launches Q Series Tablets, Priced at $129 and Up