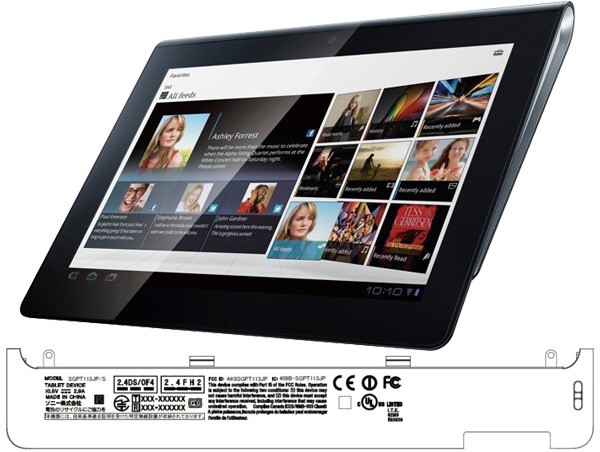 After the Sony S2 clamshell tablet, the S1 model has also reached the FCC, where it’s been showing love for AT&T, as its supported frequencies confirm. Sony S1 packs a 9.4 inch touchscreen and runs Android 3.0 Honeycomb with a customized interface and Swift web browser.

The device works on 2.4GHz 802.11n WiFi and WCDMA Bands II and V, the latter making this product a candidate for AT&T launch in the US and Rogers in Canada. There’s also a HSPA+ modem mentioned in the documents, made by Ericsson and also popping up in the S2 tablet FCC filing. This PlayStation-certified tablet is supposed to debut later this fall and it already looks pretty appealing.

Let’s hope that the price tag will be as reasonable as the one of the Sony PlayStation Vita (aka Sony NGP) quad core console – $249.