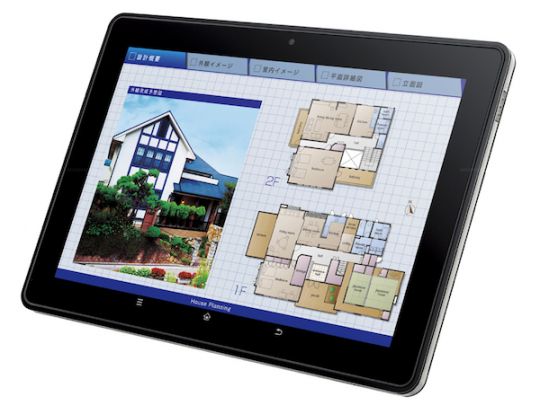 Sharp RW-T110 is a brand new tablet for the Japanese business market, a device that runs Android 2.3 and looks pretty average. Strange to see this OS on this device, considering Android 2.3 was launched in December 2010 and Android 4.0 already had its open source code published by Google months ago.

In spite of the old OS, this business slate comes with a decent 10 inch display, with a 1280 x 800 pixel resolution, a 1GHz processor, 1 GB of RAM and 8 GB of internal memory. NFC is somehow included among the specs and if you must know, the Sharp RW-T110 goes on sale in Japan on March 27th and odds are that this thing won’t leave the land of the rising sun… like ever. It’s sad to see yet another Gingerbread tablet with decent specs, knowing that the Android 4.0 code is available out there for grabs.

Even devices like the Amazon Kindle Fire, Nook Tablet and HP TouchPad run Ice cream Sandwich nowadays and the OS even reached the seemingly impossible Nexus One and Nokia N9… but no, Sharp had to go with Android 2.3. Maybe they’ll update the slate soon, but the harm is already done in my book.