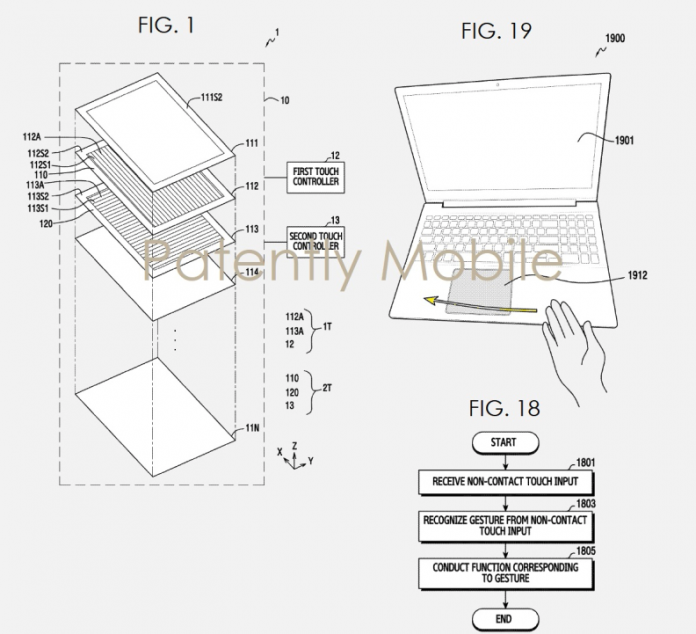 A fresh patent that was recently spotted over the US Patent and Trademark Office seems to indicate that Samsung wants to change the way we control laptops. Thus, in the future gestures will be very important for input, or at least this patent shows that.

As usual there’s no way of telling if the patent will get made into a real product or not. It’s all a big throwback to the multitude of control gestures that were available on the Galaxy S4, but never continued on its successors. Samsung has made some pretty good laptops lately, including the Chromebooks and the Galaxy Book, but the whole segment seems to be at a crossroads, between becoming relevant again or dipping forever. 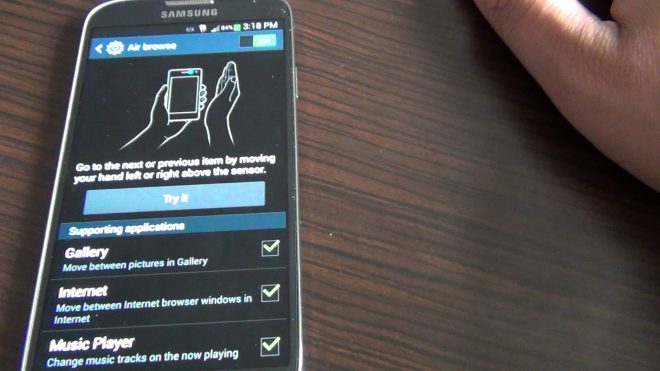 Anyway, the laptop which the documents mention is likely a high end one, that will come with a force touch trackpad and a combo of sensors that can recognize contactless input. Gesture-based input will involve a multi player panel, with a first upper electrode and the first lower electrode being set on different respective layers of the multi layer panel.

There will be a first controller configured to detect a touch input by sensing a change in an electromagnetic field between the first upper electrode and the first lower electrode. The second controller meanwhile has been configured to detect a contactless user by detecting a change in the electromagnetic field between a second pair of electrons. We may see new unlock methods, in the vein of the Windows Hello ones.

You may be able to interact with galleries, menus and many more things. We’ll see next year probably.