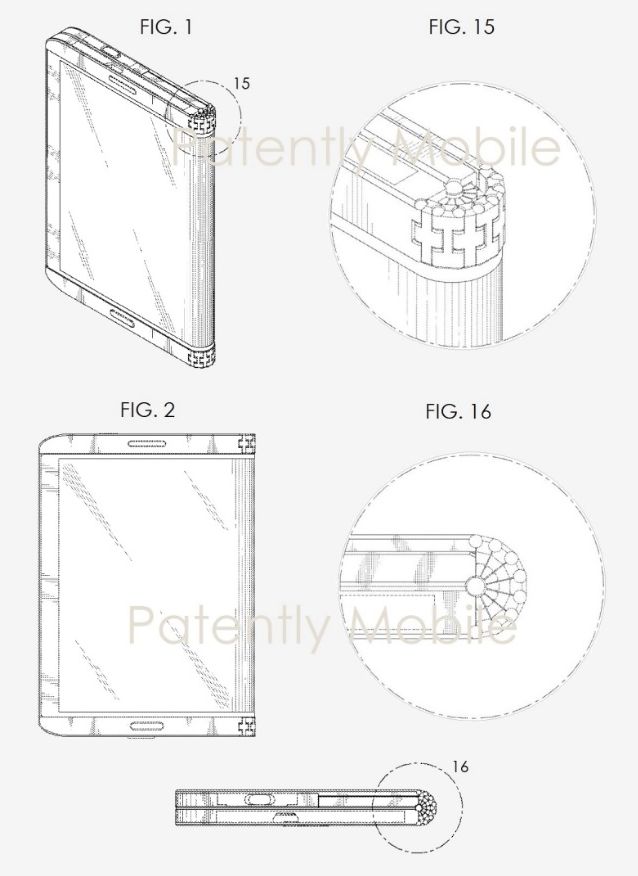 Samsung and Microsoft have patented quite a few foldable phones over the past year, but every once in a while a plausible idea comes along. I’m talking about the Microsoft hinge for example or the clamshell format from Samsung. Now the same Sammy has patented a new foldout display design and also a bangle format.

Call it Samsung Galaxy X, call it whatever, but there’s something brewing in Korea for sure. The folks of Patently Mobile have discovered the new design patent, which was awarded to Samsung by the United States Patent and Trademark Office (USPTO). The design patents don’t show any new technology, or specs, or materials so we can only dream about them and speculate following the patent. 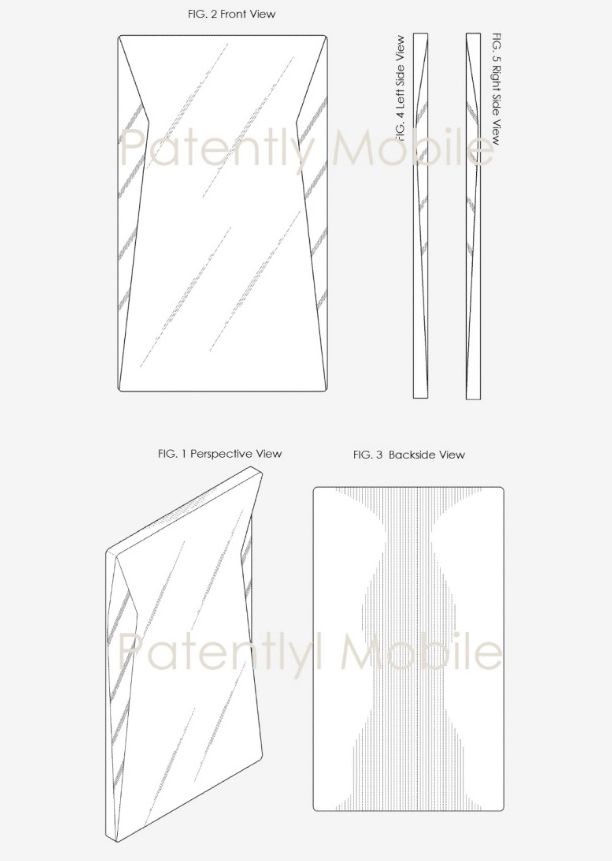 The design patent we focused most on is that of a foldout smartphone, which is similar to the ZTE Axon M. This time we are shown a hinge mechanism similar to the Microsoft one. It uses circular mechanisms, hooked onto each other, like the tracks of a tank. This approach has already been seen on laptops, like the Microsoft Surface Book for example. I see that the smartphone patented here is quite bulky and also has big bezels. Another design patent shows absolutely no buttons or ports, which is rather odd. 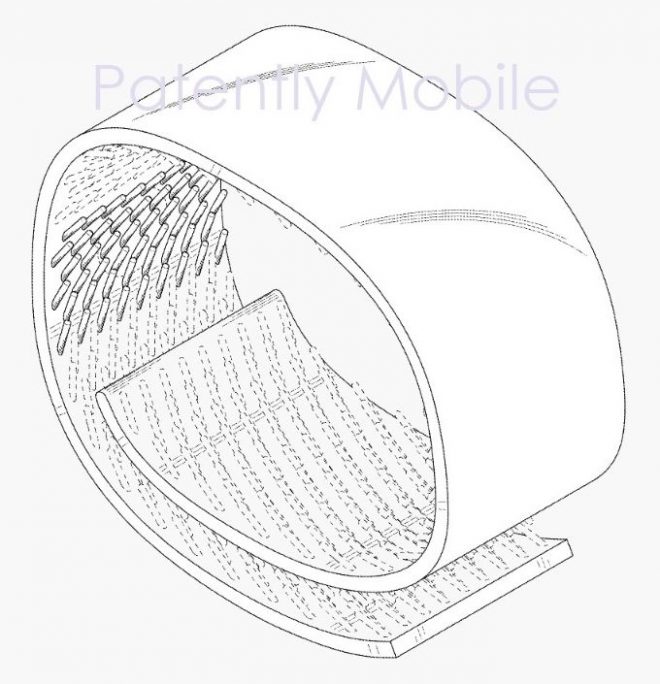 And them comes the bangle patent, awarded for a “wearable electronic device”, using a wraparound display. This may well expand into a smartphone, similar to a Lenovo concept from 2 years ago. The biggest problem I have with such machines is the thickness. Samsung Galaxy S9 is already a bit thick, at 8.5 mm, so going to 9 or 10 mm again is not an option. Imagine that when folded it doubles that waistline. We’ll have to wait and see till they crack this.