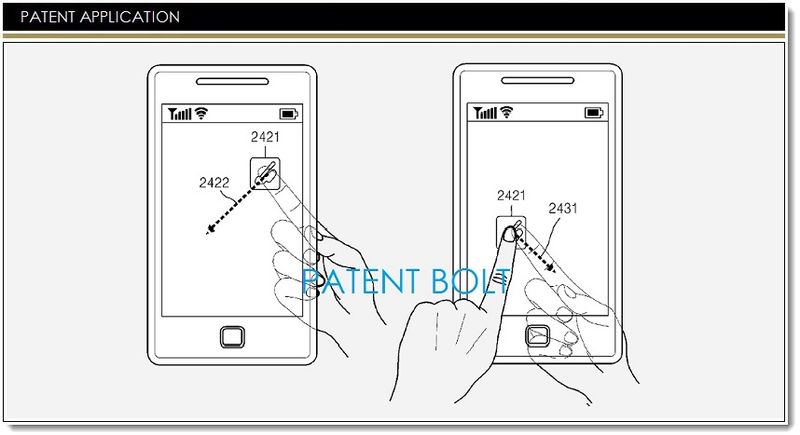 Samsung has an interesting set of patents published by the USPTO recently, related to a future transparent screen and to devices that sport both frontal and back displays. The idea is to incorporate a transparent screen onto a device (phone or tablet) and perform input gestures on both facades. 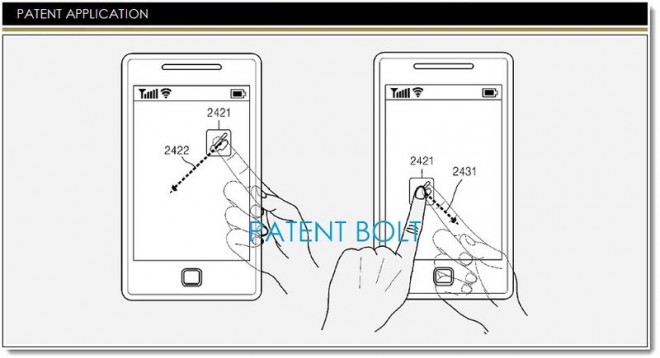 We already knew they were developing flexible screens, but dual screens and transparent displays take everything to a new level. A transparent screen area also means you’ll get a new type of viewfinder for the camera, tons of augmented reality apps and features and much more. Also this would improve the multi user experience on a device, with two people using a slate at the same time, one at the front and one at the back.

You will also be able to use the back panel to scroll through lists, get new controls in apps and even get new control methods in games. Patents show how one can control the video playback with the back screen and how can do things like perform input or move icons around. If you ask me, they’re rushing into this and such a device will be a huge battery eater. 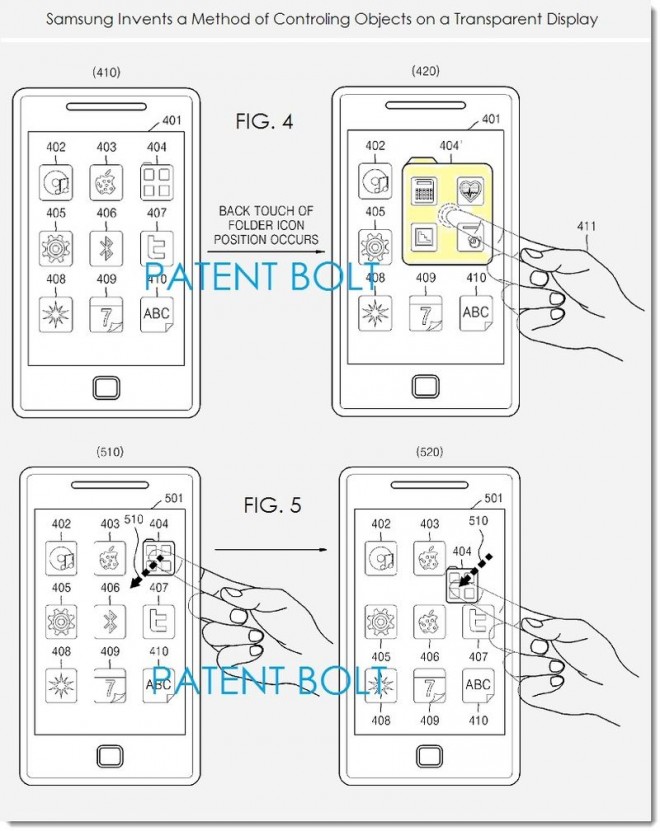