It’s not only Apple that’s getting patents by the boatload, since this week the US Patent and Trademark Office published a very interesting Samsung patent. It has to do with a flexible display, that may be used on a foldable TV set or tablet.

The screen could flex in both LCD or OLED iterations, which is a very interesting mention in the document. We’ve seen concepts, prototypes and sketches for such devices for a while now, but we haven’t come any closer to a finalized product ever since the craziness started, 2 or 3 years ago. Of course, we may go even further back in time, in 2008 when Nokia pulled off that crazy Morph concept.

Anyway, the configuration shown above is a flexible display panel that relies on OLED technology. There’s also another sketch in the documents detailing a large TV set. It’s interesting that there’s no diagonal limit mentioned by the patent, but a lower limit is present, since only panels greater than 8 inches in size are detailed.

Some embodiments bring a printed circuit board formed in an inner portion of the flexible display panel, bending together with it. I guess we’re one step closer to taking a sheet of TV with us on the go. 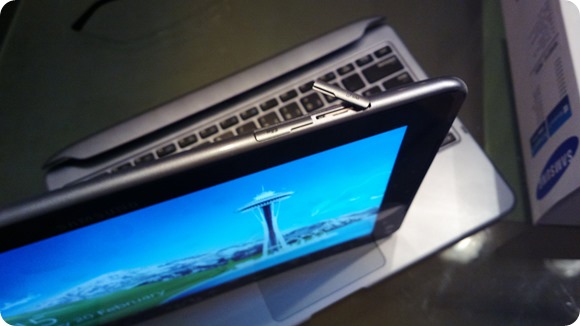