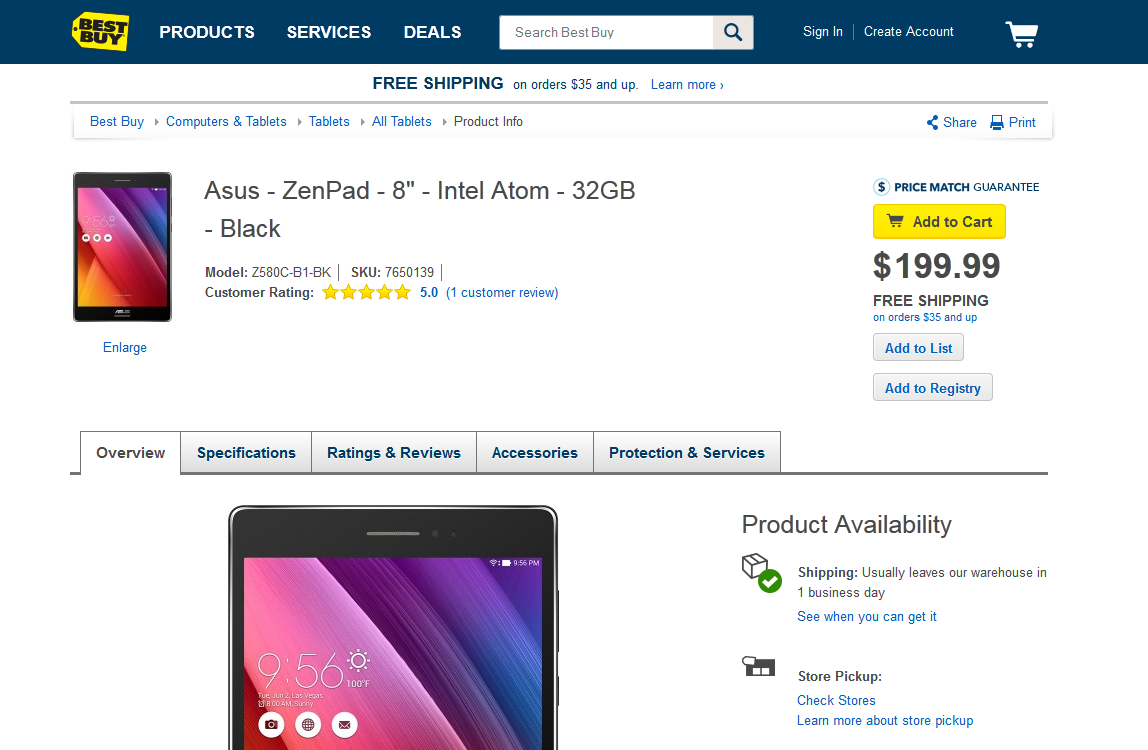 One of the hottest tablets announced at Computex 2015 was certainly the ASUS ZenPad, in all of its flavours. ASUS announced 7, 8 and 10.1 inch versions of the ZenPad and ZenPad S tablets and the 8 inch ZenPad S8 Z580C has come to Best Buy this week. 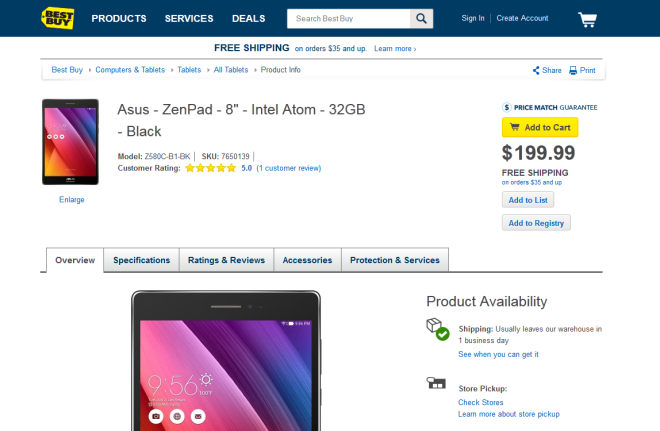 The retailer sells it for $199, in a version that brings a high res 8 inch screen and 2 GB of RAM. The slate has a promised battery life of 9 hours and it comes with 32 GB of storage, Android 5.1, as well as a quad core Intel Atom Z3560 processor, clocked at 1.83 GHz. There’s a 2 MP front camera here and a 5 MP back shooter. The slate’s design reminds me a bit of the first Sony Android tablets, that came with that folded magazine format.

This time we’re getting a slab of metal, with a leather-like imitation at the bottom, slightly sloped below the metal part. Last I heard the device was supposed to have 4 GB of RAM and a better CPU, but that’s probably a superior ZenPad S model. Still, the price is very good for what we get, particularly the screen.