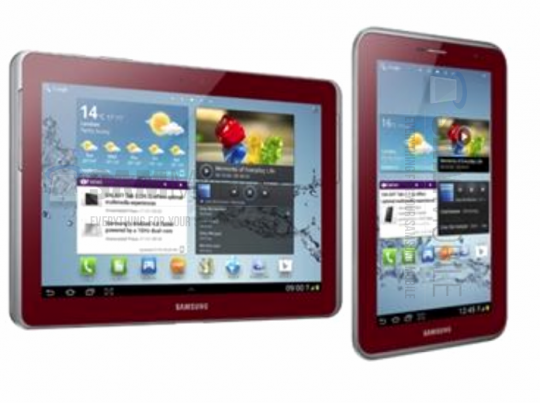 The Samsung Galaxy Note 8 has barely been rumored for a MWC 2013 release and already there are speculations about yet another new Sammy tablet. This new model is part of the Galaxy Tab lineup and rumors say that it will end up being the Samsung Galaxy Tab 3. Back at CES 2013 we were impressed by the lack of announcements of new Samsung tablets or phones, but they may make up for it at MWC.

Galaxy Tab 3 is a 7 inch Full HD tablet and considering that last year at MWC 2012 we came to meet the Galaxy Tab 2 7.0 and 10.1 versions, maybe at this year’s MWC we’ll meet the follow-ups. I can’t really tell if it will be a higher end product or a cheaper device, to rival the Nexus 7. Traditionally, the Galaxy Tabs have had 7 inch models with affordable prices and months ago the Galaxy Tab 2 7.0 was a best buy, even in the 3G version.

We don’t know the full specs list of the product, so we can only speculate. The CPU choice is a very interesting thing here, since it can be either Qualcomm or Exynos. TI OMAP would be a very strange choice in this day and age, although Texas Instruments must survive somehow, right? What do you think?