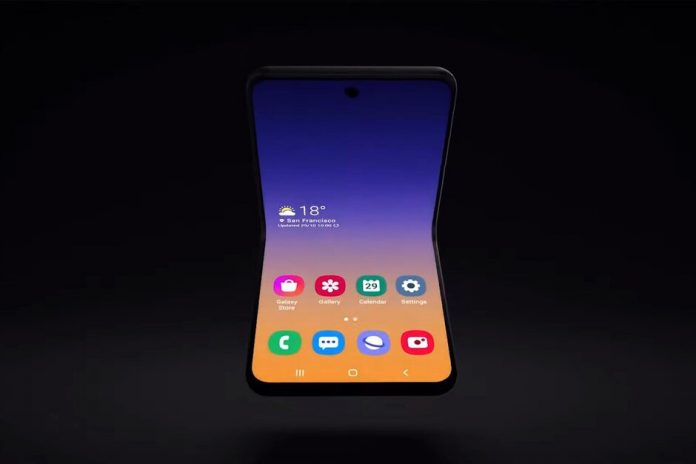 Samsung held a big event yesterday, SDC 2019, where aside from a rugged phone and some laptops, they also showed us a teaser for the Galaxy Fold 2. Turns out that the device will change format and may even end up a clamshell. That reminds me of the Motorola MOTO RAZR 2019, that comes on November 13th.

So, Samsung only showcased a concept video of the device, which had two or three shots of it. What we can see here is a vertically oriented clamshell, that folds down the middle and turns into a “wallet” style machine. It has narrow bezels and the elongated format may spur a 21:9 aspect or even narrower and longer. Also known as “Bloom” in recent leaks, the Galaxy Fold 2 may debut in February 2020 with the Galaxy S11.

Leaks have talked about an 8.1 inch panel or a more compact 6.7 incher, with an ultra thin glass protection this time. A new hinge design has been created, which keeps the phone tightly and securely shut, but also open at 90 degrees when needed. We don’t have any idea about the main camera setup, but Samsung seems ready to get rid of any bumps. We should also get a selfie camera cut into the screen, or maybe hidden below it. 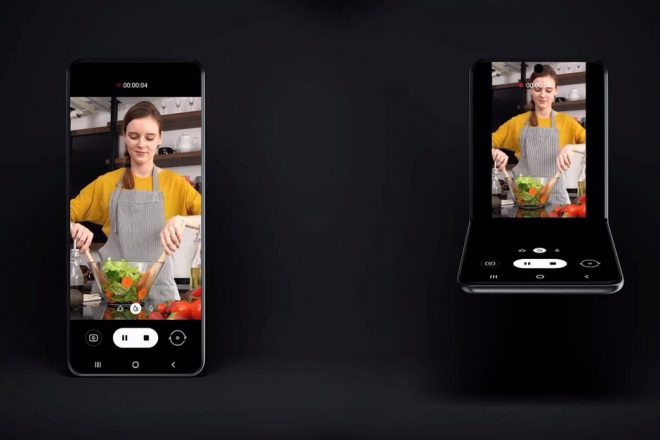 As far as specs go, it’s easy to speculate: Snapdragon 865 or Exynos 990, 12 GB of RAM and at least 256 GB of storage. Expect Android 10, One UI 2.1 and 5G support, as well as 45W fast charging. The device will probably once again be sold in limited quantities and in some regions of the world. However, Samsung has great expectations for 2020, expecting to sell around 6 million foldable smartphones next year.

Most of them should be Galaxy Fold 2 models and I expect once again a big price, around $2000 or more. 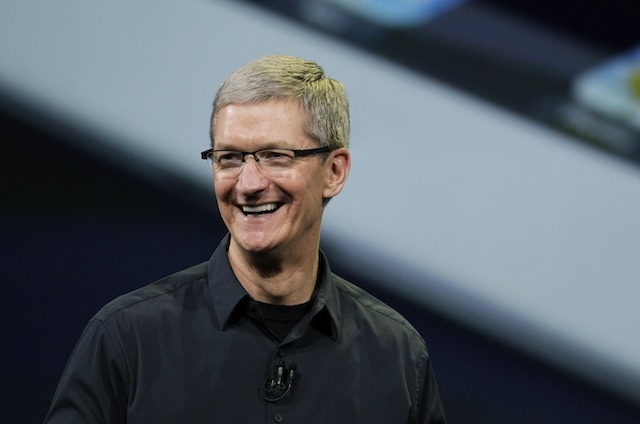