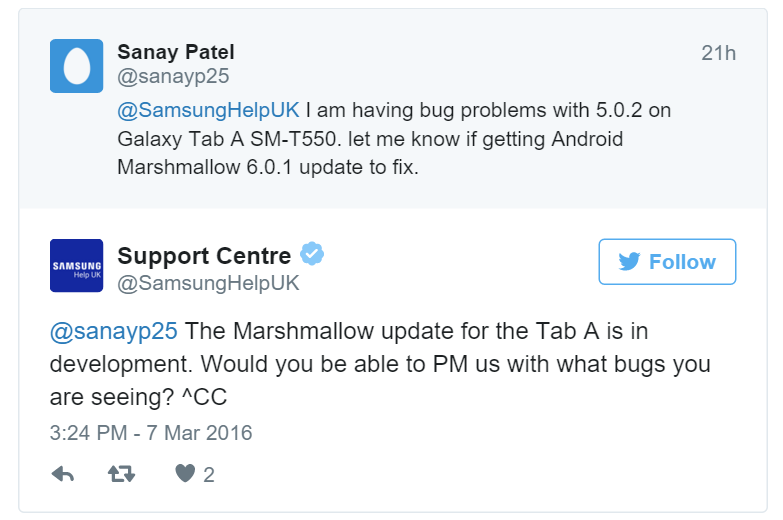 We quite liked the Samsung Galaxy Tab A tablet that we tested last year, because of their great battery life and not so bad screen. The problem is that quite a bit of time has passed and the device is still stuck at Android Lollipop. Well, today we have a hint that Sammy is hard at work on that Marshmallow update. 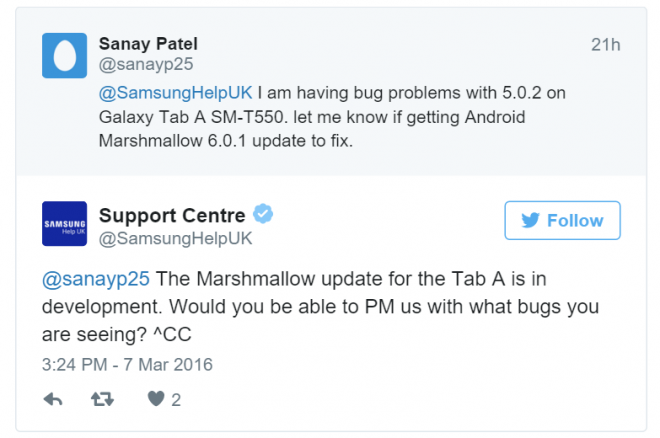 The company’s UK customer service has confirmed that the update for the Tab A models is in development, following a customer’s post on Twitter that he’s having bugs with his slate. He’s running Android 5.0.2 right now and I guess that around summer or so we should see the update. Samsung hasn’t been very good with a timely update to Marshmallow on any of its devices, flagship phones included.

Actually, this Android release has one of the smallest adoption rates of all versions, even so many months after its debut. Marshmallow should bring enhanced permission management, Doze battery mode, Google Now on tap, RAM and storage manager from within settings and more.