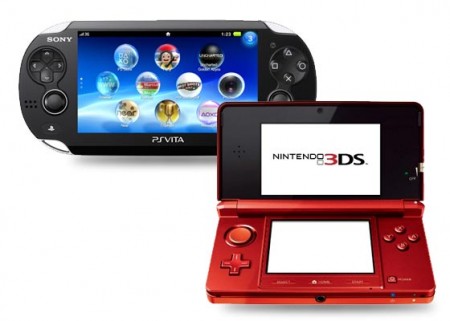 Looks like the PS Vita and Nintendo 3DS finally lost the battle against phones and tablets, or so say predictions of experts and analysts. IDC research shows that the number of paying smartphone and tablet gamers, especially ones engaging in game apps that pay you real money, will pass the number of paying handheld gamers internationally this year.

There will also be an impressive rise rate through 2017. The number of gaming bundles shipped will fall at an average of about 7% per year over the next 5 years. Smartphones and tablets are overwhelmingly used for casual gaming these days. The area where the PS Vita and Nintendo handhelds may still lead is the average revenue per user, since the price paid for games is higher.

The forecast will approach $23 billion in 2017, which include digital and packaged game software, gaming consoles, advertising revenue and more. Android is becoming a massively popular gaming platform in Asia/Pacific, apparently. If Nintendo and Sony want to stay in the business, they have to increase their gaming presence on mobile and push hardcore titles on their consoles.